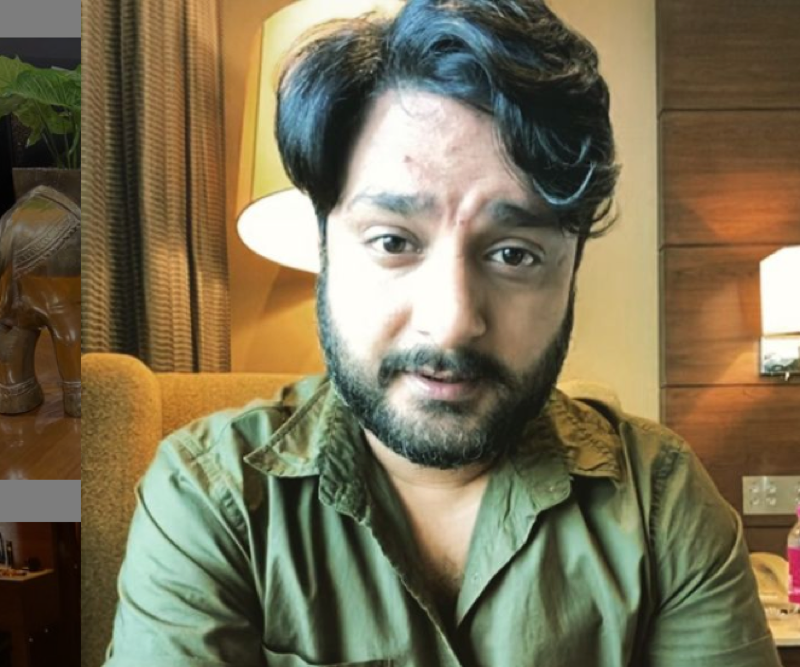 90 Day Fiancé: The Other Way spoilers and updates tease that star Sumit Singh shocked fans with his slim figure. The longtime finance of Jenny Slatten has been working on his body for quite a while now and it seems to have finally paid off.

Earlier this week, Sumit Singh celebrated International Yoga Day. To commemorate the occasion, the fiance of Jenny Slatten shared photos of himself during one of his yoga sessions.

In the pictures, Sumit can be seen wearing black tops and shorts. The reality star appeared focused as he immersed himself in yoga.

Sumit even did some yoga poses, which definitely looked calming. But what caught the attention of many was the 90 Day Fiancé star’s slimmer figure. Sumit appeared to have lost weight and fans are loving it.

Meanwhile, Sumit Singh and Jenny Slatten have been living their lives to the fullest after winning their battle against COVID-19. The 90 Day Fiancé couple tested positive a few months back and had to isolate themselves for quite a while.

Now, Jenny and Sumit have fully recovered from the virus. The couple is not wasting time and immediately spent time together outdoors as soon as they’re able to.

The 90 Day Fiancé stars shared photos of themselves out and about after restrictions started to loosen up in some places in India. In a social media post, Jenny revealed they’re now able to go shopping as malls in New Delhi resumed operations. The couple also enjoyed dining in the restaurant after months of not being able to do so.

Fans continue to wonder whether or not Sumit Singh and Jenny Slatten have pushed through with their wedding plans. The 90 Day Fiancé couple has been engaged for quite a while now but has yet to tie the knot for various reasons.

But recent posts from Jenny and Sumit sparked speculations that they actually got married in secret. It all started when fans spotted what they assumed was a wedding ring on Jenny’s finger.

When quizzed about it, Jenny’s answer was quite vague. “Sorry, can’t say,” along with a smirking emoji. She also told fans to “stay tuned” to know the real score between them. This seemingly suggests that they are going to be back for more 90 Day Fiancé: The Other Way seasons.

The Young And The Restless (Y&R) Spoilers: Tara And Kyle Reminisce, But Forgetting Summer Not That Easy