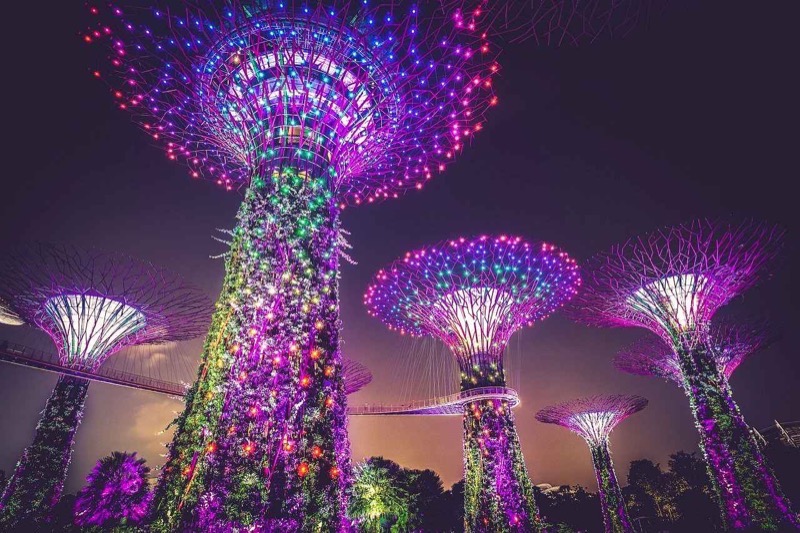 Singapore, this modern island-city state has an unusual side, including frozen salmon vending machines, a fun airport experienced, and solar-powered Supertrees.

Singapore is a sovereign city-state and island country set in Southeast Asia, off the southern tip of the Malay Peninsula. The island country consists of Singapore Island and around 60 small islets. Singapore port is the largest in Southeast Asia and also among the busiest ports in the world. The thriving modern city has a striking skyline of looming skyscrapers, mixed in with historic temples and other older buildings.

The country also has a stranger side with some unique and often unusual aspects to visit. These include a frozen salmon vending machine, a truly fun airport experience, and a grove of solar-powered Supertrees.

In January last year, a new ATM was opened in the Wisteria Shopping Mall in Singapore. However, this ATM does not dispense cash. Instead, it offers 200 gr fillets of frozen salmon. The fish is sourced from the Norwegian fjords. The ATM became so popular, dozens of frozen salmon ATMs have popped up all over the island city-state.

Manish Kumar, the founder, and CEO of Norwegian Salmon Pte Ltd made it his goal to make the excellent and delicious salmon affordable to everyone. He does this by cutting out the middle man and selling the frozen fish directly.

The company chose Singapore for its venture, as the country has a culture that revolves around vending machines. Here you can buy all kinds of goods via ATMs, including ice cream and even luxury cars. 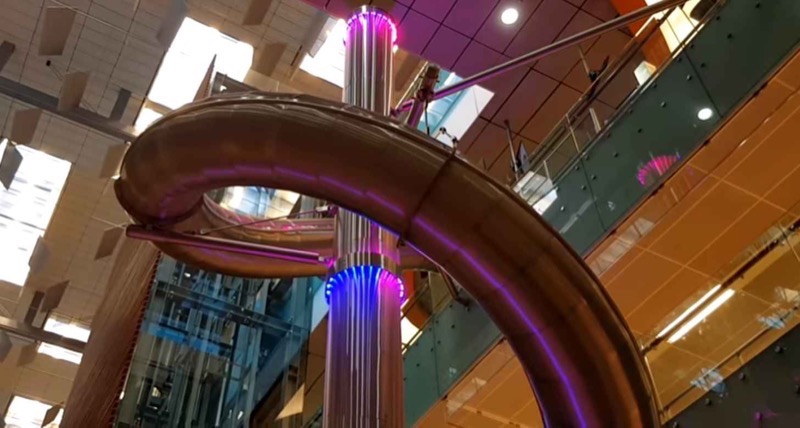 As most travelers know, a visit to an airport is rarely fun. It is a place you have to go through to get where you want to go, usually with more stress than pleasure involved. However, Singapore’s Changi Airport is different. Among its many amenities are an indoor jungle space dubbed the Jewel and a rooftop swimming pool – definitely not your average airport affair.

However, the best attractions at Changi Airport are the two giant slides, which travelers can use to get to their gates speedily while having fun on the way. Never has there been a quicker or more enjoyable route to your plane!

The slides were unveiled in Terminal 3 in 2010 and the towers stand 39 ft high and cross four stories of the airport on the way. While there is no direct charge for using the slides, there is a catch. You have to spend at least $10 at a restaurant or shop in the airport. This gives you a voucher allowing for 10 joyrides on the slides within a 24-hour period. 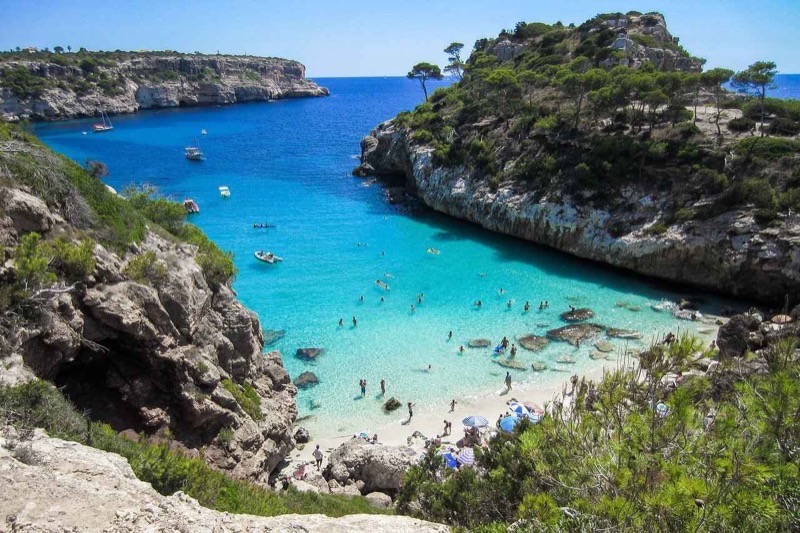 While the sprawling city doesn’t leave much space for gardens, there is one major landscaping project in Singapore, titled the Gardens by the Bay. In the 250-acre park, a variety of flora and fauna from all over the world can be seen. However, one of the most fascinating aspects of the park is a series of 18 solar-powered artificial trees standing 80 to 160 ft in height.

This manmade forest acts as a series of vertical gardens and also generates solar power. They act as air venting ducts for nearby conservatories and collect rainwater, making them eco-friendly. Each Supertree features beautiful tropical plants and ferns, while the large canopies also provide shelter from the heat of the city. Walkways join some of the trees, allowing for a fascinating skywalk. While it is beautiful by day, the park is also charming by night when the trees light the sky, powered by solar power.

The developers of the project hope Gardens by the Bay will become a super eco-tourist destination while showcasing sustainable practices and housing plants from all over the world.

Explore fascinating Singapore, experiencing all of the unusual and often unique attractions of this sprawling island-city state.