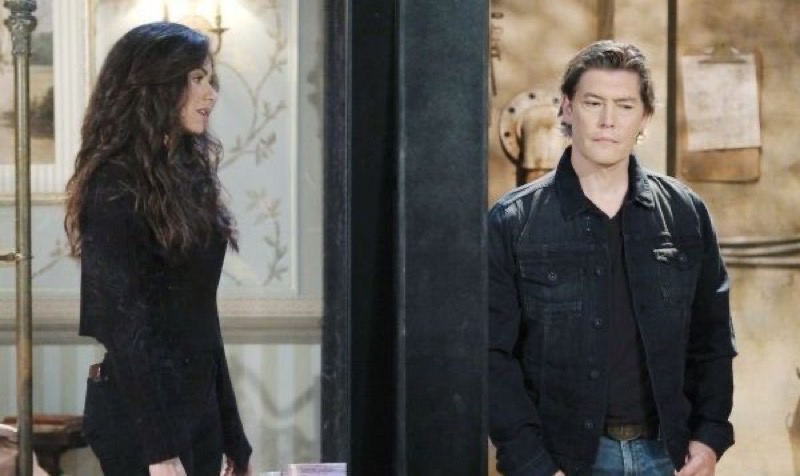 Days of our Lives spoilers reveal that Ciara Brady (Victoria Konefal) made a return to the airwaves today but she was far from ok. The brunette vixen was being held against her will and clearly not pleased with her current living arrangements. What’s up? We have the details for you here.

Days of our Lives spoilers: Where is Ciara Brady Being Held?

DOOL fans want to know what Ciara has been doing all this time but it doesn’t look like she’s been enjoying herself. Just as her husband Ben Westin was spilling his guts to Claire Brady (Isabel Durant) about his pain, his wife was fighting to be freed from the clear chamber she is being held in. It doesn’t look good for Ciara but she has survived worse courtesy of her fire-loving cousin Claire.

Ironically Ben was talking to Claire when fans saw Ciara. He told Claire that he believes Ciara is alive and they’ll be together again since he has become convinced of her earthly presence ever since her ghost appeared to him on Christmas.

Days of our Lives spoilers: When Will Ben Westin Find Ciara Brady?

Fans got their first new glimpse of hostage Ciara on Thursday, January 28. Explosive show spoilers reveal that the very next day Ben will get a signal, one that assures him that he is in the right in believing that Ciara is alive. 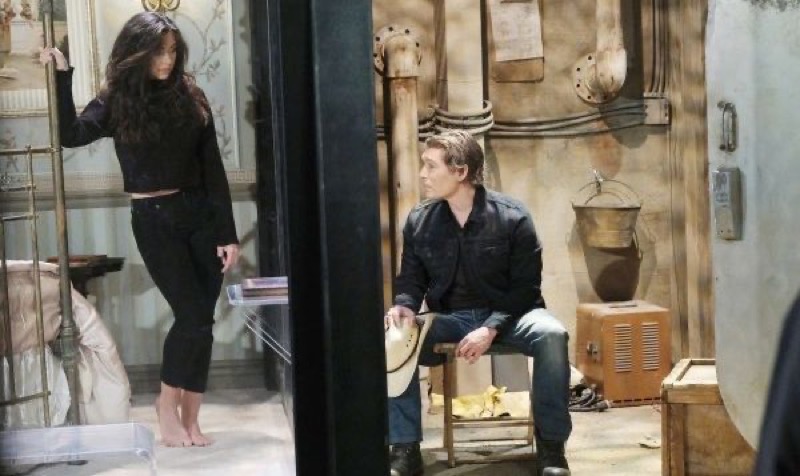 This sounds like a February sweeps stunner is on the way! Fans will of course be hoping that some other characters might return to help Ciara, like her mom Hope Brady (Kristian Alfonso). Hope is off looking for her daughter, and we haven’t heard from her about how the quest is going. Might it be that she finds and returns Ciara?

DOOL fans shouldn’t get their hopes too high about Hope returning however. Kristian left the show after TPTB asked her to take a five month leave of absence and she did not agree with that direction. 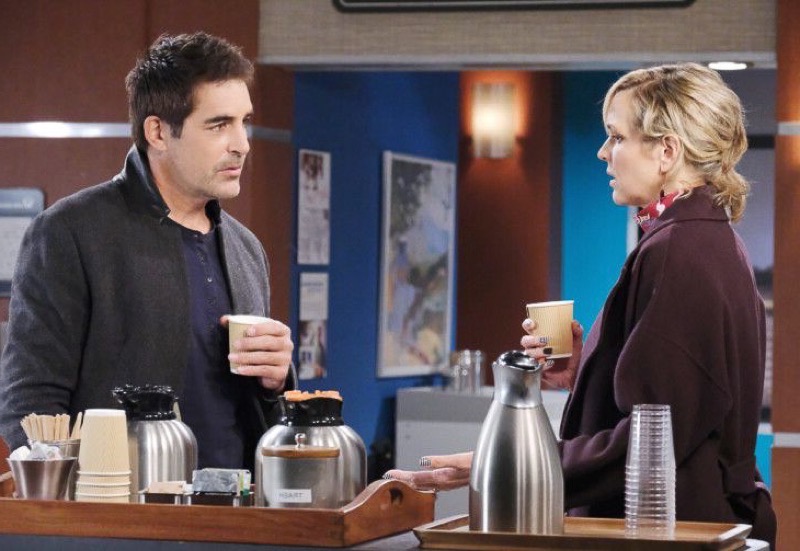 Days of our Lives spoilers: Who Is Keeping Ciara Westin?

But first someone has got to get Ciara out of the glass or plexiglass box she’s being kept in. Next we have to wonder, is she the same sweet girl she was when she left?

Of course the biggest question of all is, who has done this to Ciara?

Spoiler alert: There is a new character that has joined the NBC sudser, Jason Downs and this person is the one who has Ciara captive!

Days Of Our Lives (DOOL) Spoilers: Xander And Abigail Try To Get The Truth About…

Days Of Our Lives (DOOL) Spoilers: Devilish Chaos Erupts At The Courthouse During…