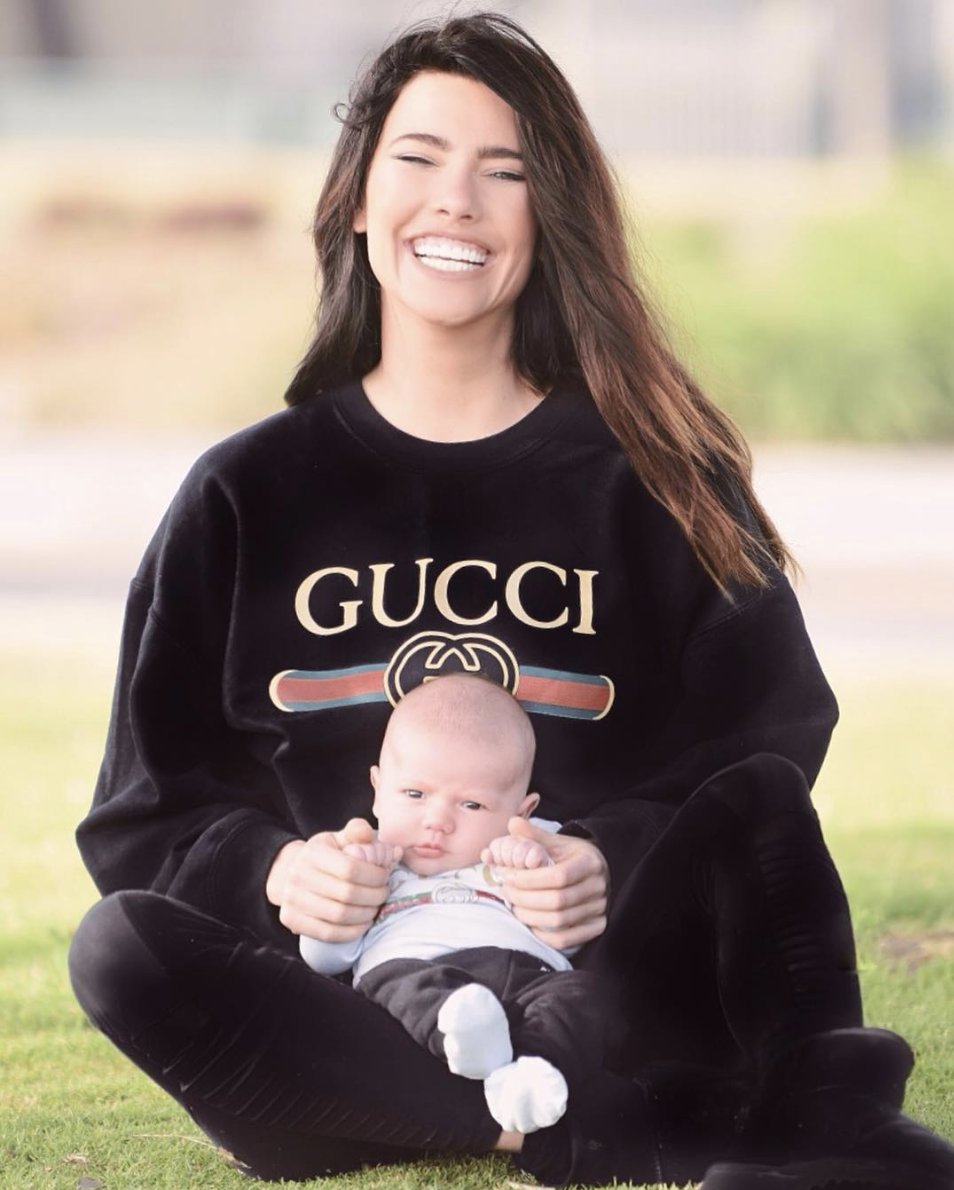 We had a feeling that The Bold and the Beautiful star Jacqueline MacInnes Wood (Steffy Forrester) would end up becoming one of those “moms” on Instagram. And by that, we mean a mother that is so proud of her child that she loves to posts photos of the young tot on almost a weekly basis. And that’s exactly what this soap star has been doing and as you can imagine, Jacqueline’s fans have been enjoying each and every moment of it!

Jacqueline shared a photo of her smiling from ear to ear while holding little Rise in her hands. With the both of them wearing matching Gucci t-shirts, Jacqueline captioned the photo with,

“Couldn’t put a bigger smile on my face if I tried. #monthandahalf.”

The stunning soap star has been sharing plenty of behind-the-scenes photos of her new life as a mom on her social media account. She’s also shared some fun posts of her trying to get used to the sound of her breast pump and of course, getting as much shut-eye as she can between all of those newborn feedings. And despite how overwhelmed she probably feels, Jacqueline has looked amazing in every post. We don’t know what her secret is, but motherhood definitely suits her!

Now, as far as when Jacqueline is expecting to be back on the small screen, producers for The Bold and the Beautiful have not made any comments yet. As a matter of fact, before she left the show to go on her maternity leave, reports did indicate that the show’s writers were willing to readjust Steffy Forrester’s storyline as needed if Jacqueline wanted to spend more time at home with her baby.  However, just yesterday, the new mom teased that she may be back sooner than later.

Who’s ready for Steffy to be back on #TheBoldandTheBeautiful ?!? What would you like to see happen to her? #storyline

She posted a shot of herself with Rise captioned:

“Who’s ready for Steffy to be back on #TheBoldandTheBeautiful ?!? What would you like to see happen to her? #storyline.”

Are you ready for Steffy to be back? Where would you like to see the character go?

Don’t forget to come back to Celeb Baby Laundry for all the latest news and updates on your favorite celebrity moms, dads and tots right here!

The Bold And The Beautiful (B&B) Spoilers: Should Hope Forgive Liam Or Move On?…