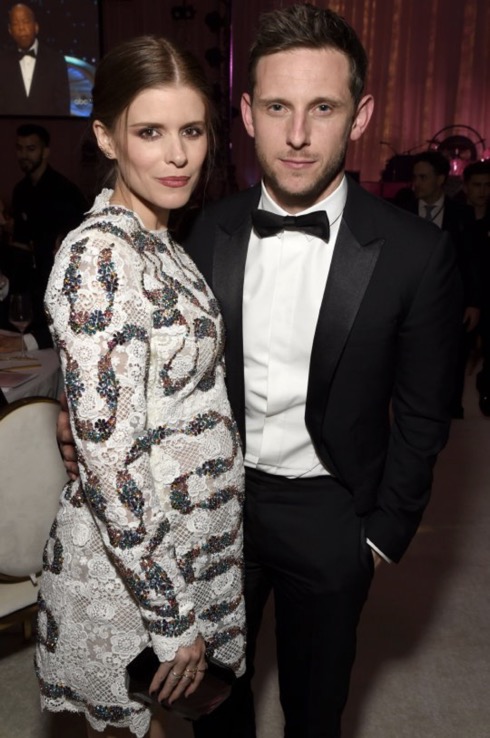 It looks like we’ve got another Hollywood baby bump watch! Actress Kate Mara and her husband Jamie Bell have announced that they are expecting their first child together. The couple made the announcement during the Academy Awards post-party circuit on Sunday evening.

According to People Magazine, Kate wore a short, long-sleeved white and silver dress to Elton John’s annual AIDS Foundation Oscars party. Both she and her husband Jamie were all smiles as they showed off her growing baby bump and posed for photos on the red carpet at the event in West Hollywood, California.

The couple first met on the set of the 2015 movie, Fantastic Four. They began dating later that year and got engaged in January 2017. This will be the first child for the couple, although it’s the second one for Jamie. The actor shares a child from his first marriage to actress Evan Rachel Wood.

According to Page Six, the mother-to-be let the pregnancy news slip while waiting in line for the bathroom at the Golden Globes with Emily Blunt back in January. One source said that Kate was thrilled to share her pregnancy news with Emily. So far no due date has been announced, although it’s been speculated that she is due sometime during the summer. We will definitely keep an eye out for more news!

So far Kate herself has not made any additional comments about her pregnancy, although it’s without a doubt that her fans can’t wait to see more of her growing baby bump! Congratulations to Jamie and Kate as they take this new and exciting journey in their lives together.

In the meantime, let us know what you think by leaving us a line with your thoughts in our comments section below. And as always, come back to Celeb Baby Laundry for all the latest news and updates on your favorite celebrity moms and tots right here.