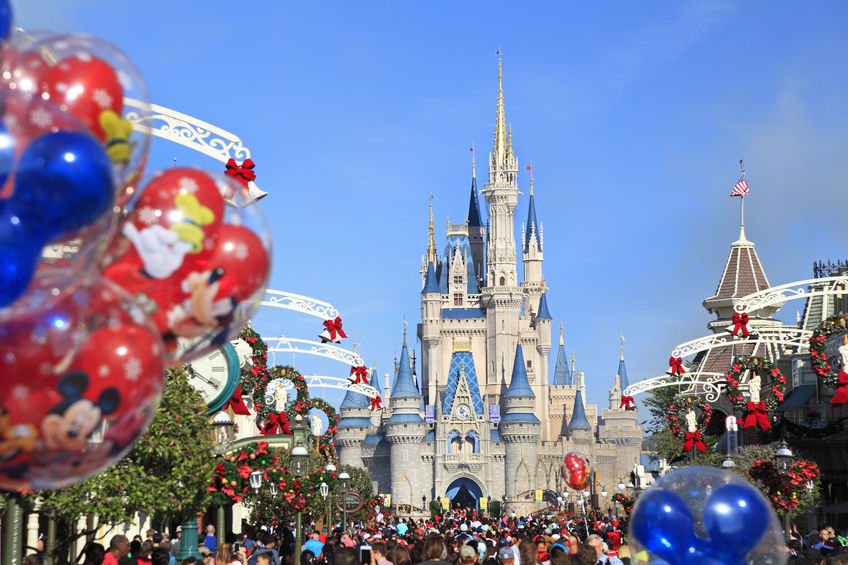 If you can ride ten attractions in a given Disney Park, you’ve had a pretty magical day.  There are dozens of options to choose from in Magic Kingdom alone.  However, what if you just want the cream of the crop from all four parks?  We’ve taken theme, accessibility, Enjoyability, and overall Disney quality into account as we’ve ranked our top 10 Disney World attractions.  These are the rides you don’t want to miss.

Before Avatar Flight of Passage, this was the main reason for visiting Animal Kingdom.  It’s a tour of the wild animal park.  Disney does an amazing job of bringing the animals out into view using clever tricks.  It used to have a more Disney script that has since been changed which is all for the best.  Still, the lack of overt Disney storytelling stops this can’t miss attraction from ranking higher.

This one is controversial, but if you like this one, you love it.  This may soon get bumped off the list with the arrival of The Millennium Falcon.  For now though, this exhilarating mission to Mars is a must try, unless you really can’t handle the intensity.  For as divisive as this attraction is, it is such a great thrill ride that it belongs in our top 10 Disney World attractions.

An oldie and still a goodie.  This is another attraction subject to much debate.  But the reason there is so much discussion about it is because it is a classic with immense historical value.  Carousel of Progress is still an entertaining look at progress throughout the 20th century.  Personally, I believe it captures the theme of tomorrow well enough without actually having to present a vision of tomorrow.  This ride is unique to Disney World and there is no telling how much longer it will be around.  So, don’t miss it.

Big Thunder Mountain Railroad is truly iconic and deserves to be firmly nestled within our top 10 Disney World attractions.  Although it opened first on the west coast, the Disney World version was actually the first design.  It was supposed to be part of a much larger attraction complex called Thunder Mesa.  This phase 2 sub division of Frontierland was cancelled in order to quickly bring Pirates of the Caribbean to Magic Kingdom (a rushed job that prevents it from earning a spot on our list).  Big Thunder Mountain Railroad has amazing and immersive set construction, an alluring backstory and rip roaring thrills for the whole family depending on eligible height.

This is a must do when you visit the Magic Kingdom.  The last attraction Walt Disney signed off on was this fun filled animatronic show.  The only other Disney park where you can still see some version of this show is Tokyo Disneyland.  The Country Bears are a cardinal piece of Disney history and the show never, ever gets old.  You can keep this on your list of can’t miss Disney attractions no matter how many times you visit Disney World.

At one time Everest represented the summit of Disney artistry and ingenuity.  This is the most thrilling mountain coaster in a Disney park.  The prominence of the Himalayan mountain peaks and the intricate theming throughout the queue and attraction make this attraction a real draw with true staying power.  It continues to be one of the most exciting and best themed attractions in Disney World today.

Edging out Everest by a fraction is the Seven Dwarfs Mine Train in Fantasyland.  This ride is similar to Everest in style.  It may be less thrilling, but it is still an exciting coaster,  Plus it is more inclusive of children than it’s Himalayan counterpart.  The theming is fun and the level of immersion and storytelling is among the best that Disney has to offer in any of its theme parks.

The Twilight Zone Tower of Terror is a bit of an ugly duckling.  It doesn’t really belong in a Disney Park, and yet imagineers attacked it with such gusto that it remains one of Disney World’s most cherished and celebrated attractions.  The level of detail in how this attraction sets the stage for your eerie journey into the twilight zone is unsurpassed even by those experiences ranking higher on list of top 10 Disney World attractions.  The ride basically starts the second you approach the building.  The technology is still impressive and more importantly it is used to further the storytelling aspect, which is why it has remained a fan favorite for nearly 25 years.

The Original creepy Disney ride nears the top ranking on our top 10 Disney World attractions.  The chills are so well balanced by the laughs that this light hearted spooky attraction remains one of the most iconic and beloved Disney attractions of all time.  This attraction is open to anybody who dares enter.  The accessibility of this ride to all ages, the detailed theming and immersion, and the pure entertainment value of this Disney classic are enough.  Add to that that each Haunted Mansion around the world is totally unique and it becomes a mandatory visit whether you are in Walt Disney’s Magic Kingdom, or other Disneyland parks across the globe.

Topping the list of our top 10 Disney World attractions is the ever impressive Avatar Flight of Passage.  The fan service to Avatar and Disney enthusiasts alike is evident in the extensive and detailed queue just leading up to the ride.  The best Disney World attractions incorporate exceptional theming and this attraction truly rises to the challenge before even getting to the ride.  The ride experience is breathtaking, and the attraction itself is cutting edge.  It promises to be the first of many new exhilarating and boundary pushing attractions over the next few years.  The new era of Disney attractions that Flight of Passage is ushering in may come to displace it and throw our whole concept of what the best attractions are into total upheaval.  We can’t wait to see what’s next!

What is your favorite park or ride at Walt Disney World?

Affiliate links included below. Thanks for your support! 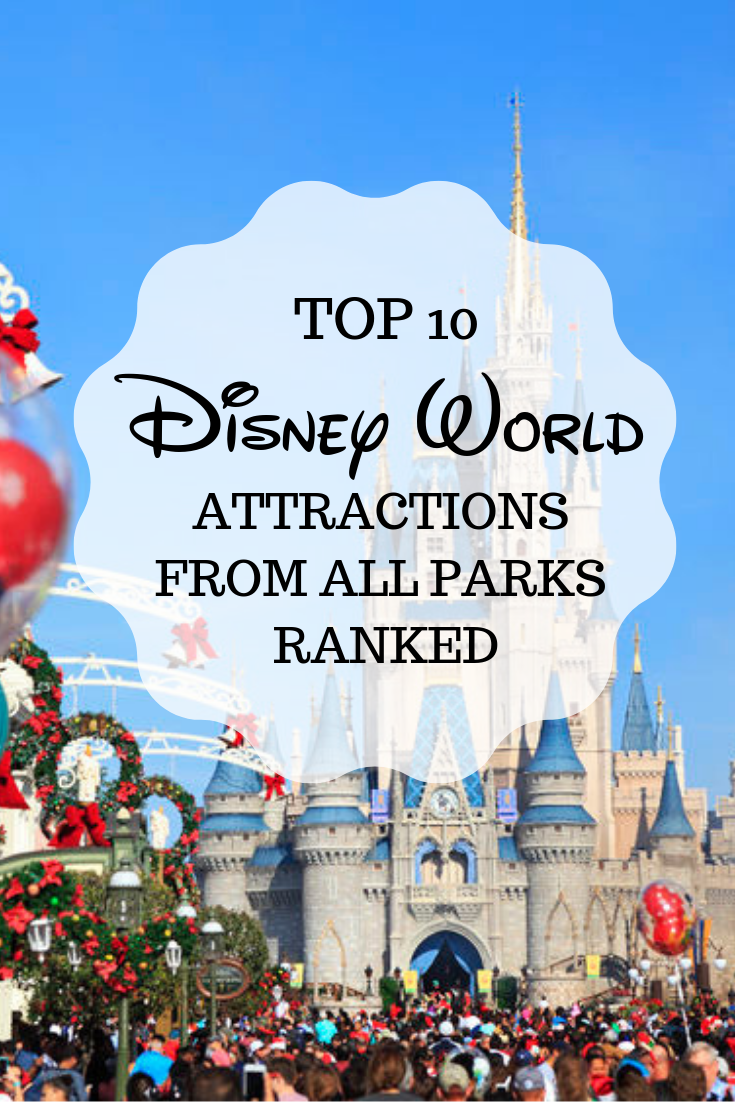