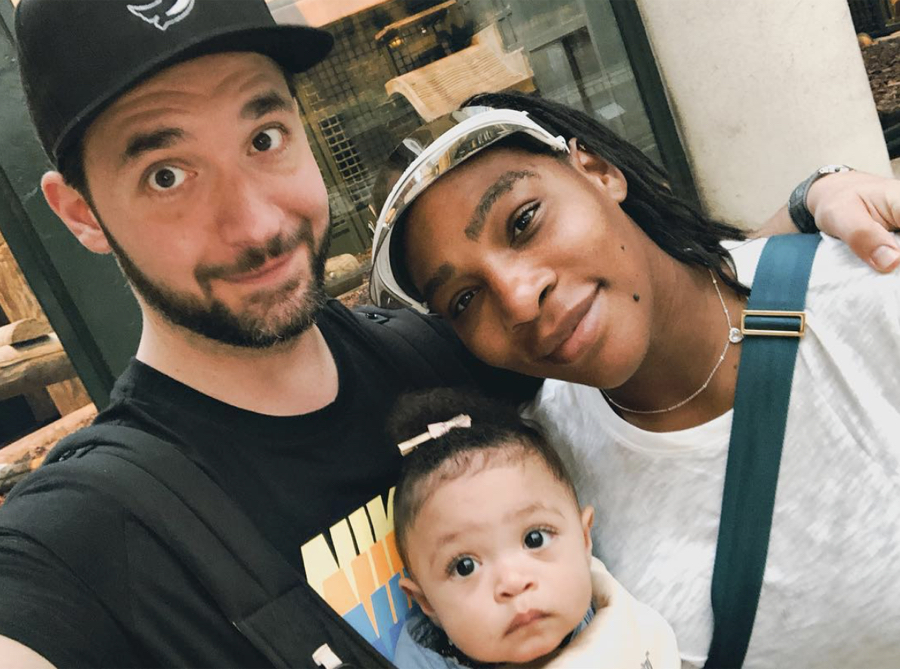 It was a family day for Serena Williams and her husband Alexis Ohanian.

Ohanian took to Instagram to share a family selfie with the Tennis superstar and their baby daughter Alexis Olympia while visiting the Paris Zoo.

“Went back to the zoo from our first date (yes that’s the infamous leopard pen from my Colbert interview). Brought a third wheel this time. We didn’t mind,” he captioned the shot.

Williams is set to play in the French Open tomorrow, Tuesday, May 29.

The French Open and Women’s Tennis Association has faced controversey after not seeding Williams in what many call a sexist move.

Her world ranking is currently No. 453 because she took 14th months ofd to have her daughter and recover from a pulmonary embolism, a complication caused by childbrith.

Williams will now have to play the top seeds first, while other players work their way up to the top seed opponents.

Many of Williams opponents have spoken out in her favor, including Maria Sharapova and Simona Halep.

The athlete gave birth in September 2017.