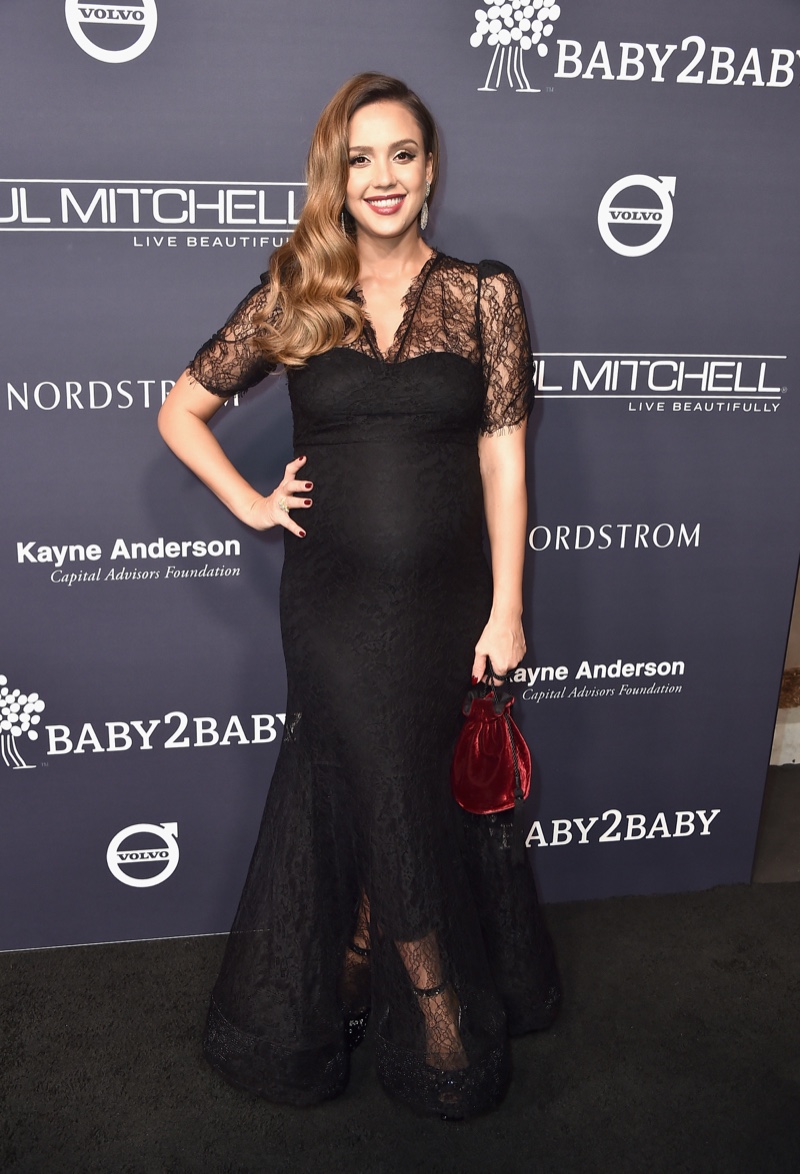 The Honest Company founder looked radiant a Brock Collection black gown with lace overlay that showed off her growing baby bump. She paired her maternity look with black pumps and velvet purse.

While walking the red carpet with her husband Cash Warren, Abla revealed that she felt very glamorous despite being heavily pregnant with her third child.

“I like that I actually feel glamorous,” she told the press. “I don’t feel glamorous at all when I’m pregnant, so it’s nice to kind of dress up and feel beautiful. I usually feel sort of like Humpty Dumpty, slothing around and hormonal, and nothing fits the same. But in this dress, I actually feel kind of pretty.”

Alba and her husband will be welcoming their first son.

The couple has not decided on a baby name yet, but have an idea of what type of name they will going for.

“So my husband’s name is Cash, that’s his actual real name, so our kids had to have unusual names,” she said during an appearance on The Tonight Show, adding: “That were also H, double syllable, has to be a word, can’t be too weird. It has to be an H!”

Snowflake Brownies for the Holidays