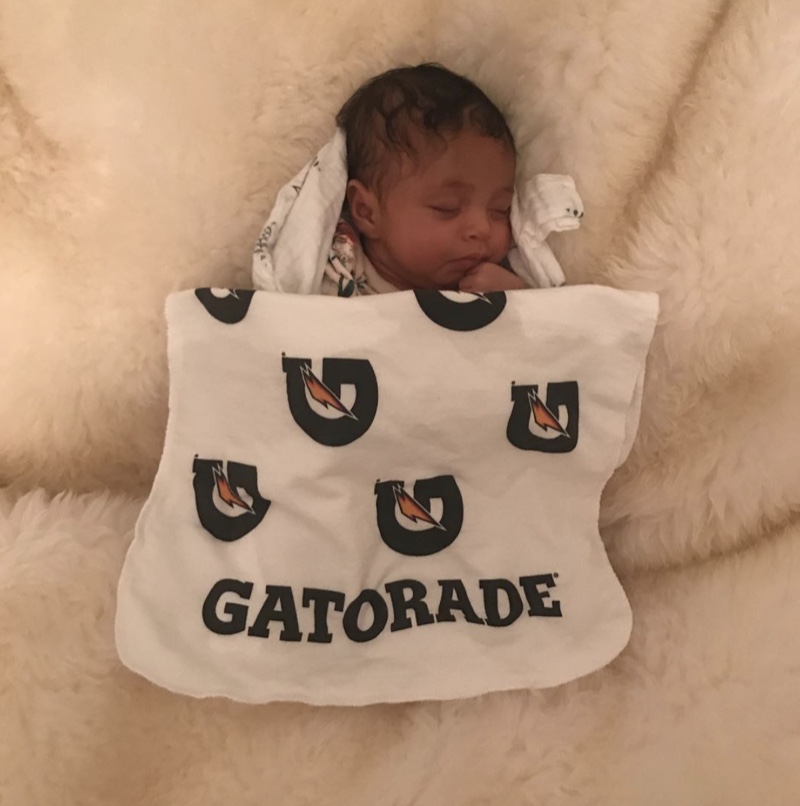 In the shot, the baby sleeps peacefully while wrapped in a blanket and one of her mom’s Gatorade towels.

“My mom 🙄,” the shot was captioned on Thursday.

The tennis star recently revealed her daughter’s initials were selected to match the Australian Open, the tennis tournament she played in when she was pregnant.

Williams and Ohanian got engaged in December 2016.