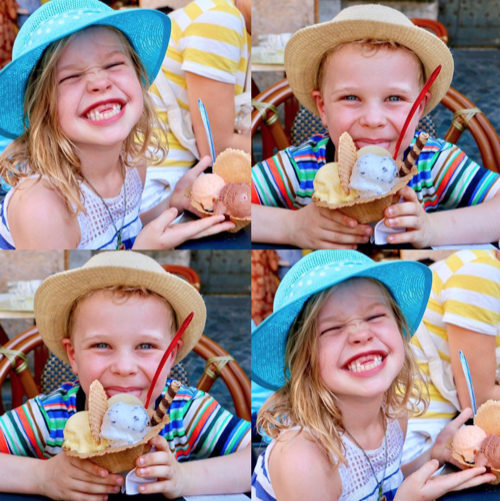 Neil Patrick Harris is enjoying the last days of summer with his family in Rome, Italy. The Hollywood actor shared a new adorable photo of his twins, Harper and Gideon, enjoying plenty of gelato on what looks like a cool summer day in the Italian capital.

Neil, who shares his twins with his husband, David Burtka, captioned the sweet pics with, “Gelato for the win. #Rome.”

Neil Patrick Harris is one celebrity father who loves to share behind the scenes photos of his family on social media with his fans. Back in 2015 he opened up about his life as a dad and how he loves watching them learn and grow and of course, show off their bright personalities.

Luckily, Neil says that his kids give him the kind of energy he needs, especially after a long week of work. That’s because he loves spending quality time with them whenever he can. The proud papa told the Today Show in an interview, “They kinda fill me back up. The kids are at a wonderful age where they want to hug and sit on your lap and show you things, and make stuff together.”

He added, “Last year they were in separate classes, and this year they’re in the same class, which is fun,” Harris said. “It gave them a year of some independent time and now they get to use that for this. I’m just such a fan of them learning cool, clever things, whether it be fish in a fish tank and how they work, or letters, or building things … it’s really fun for me. I forget how many things they’re supposed to learn.”

Neil Patrick Harris will next be seen in the second season of the television series, ‘A Series of Unfortunate Events.’ He filmed the season in Vancouver, Canada with his family close by.