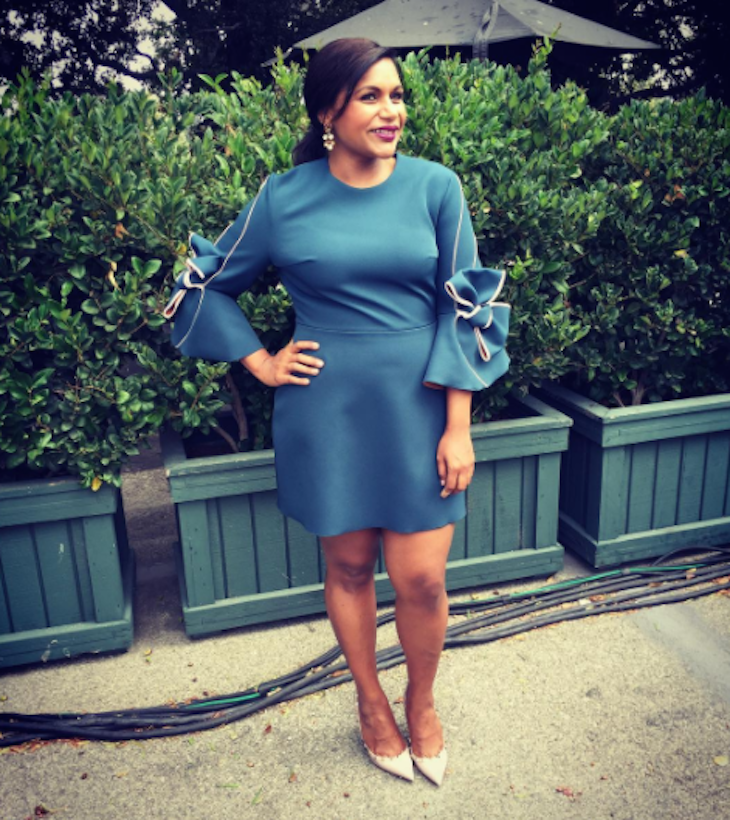 Mindy Kaling is yet to reveal the father of her child, but at the same time she has a lot to say about her pregnancy, her thoughts on motherhood and what she hopes is in store for her future. The Hollywood actress recently sat down for an interview to talk about how she thinks parenthood will be both fun and liberating.

Speaking to NBC’s Sunday Today show, Mindy, who is expecting her first child, says that she realizes that she won’t be able to control many aspects of her life like she did before. She says that she also looks forward to becoming a great, hands-on mom to her future bundle of joy.

Mindy was also rather candid about her feelings entering the realm of parenting. The 38-year-old admitted that while she doesn’t have much experience being around babies and kids, she’s ready and willing to learn all there is to know about motherhood.

Mindy explained, “Its so unknown to me. I have a lot of control over a lot of aspects of my life and this is one where I’m like, ‘Okay, it’s out of my hands,’ which is kind of a fun feeling.”

What’s more, The Mindy Project actress also said that she plans on tackling online mommy shamming and criticism both on and off-screen, too.

She also said jokingly, “It’s so easy to criticize parenting until you’re a parent. So one of the nice things about becoming a parent is I’ll be able to openly criticize other parenting, because I will have a child.”

For more of Mindy’s interview, tune in to the Sunday Today show on September 10 on the NBC network. In the meantime, don’t forget to check back with CBL for all the latest news and updates on Mindy Kaling’s pregnancy right here!

Serena Williams Admits to Being Terrified of Delivery