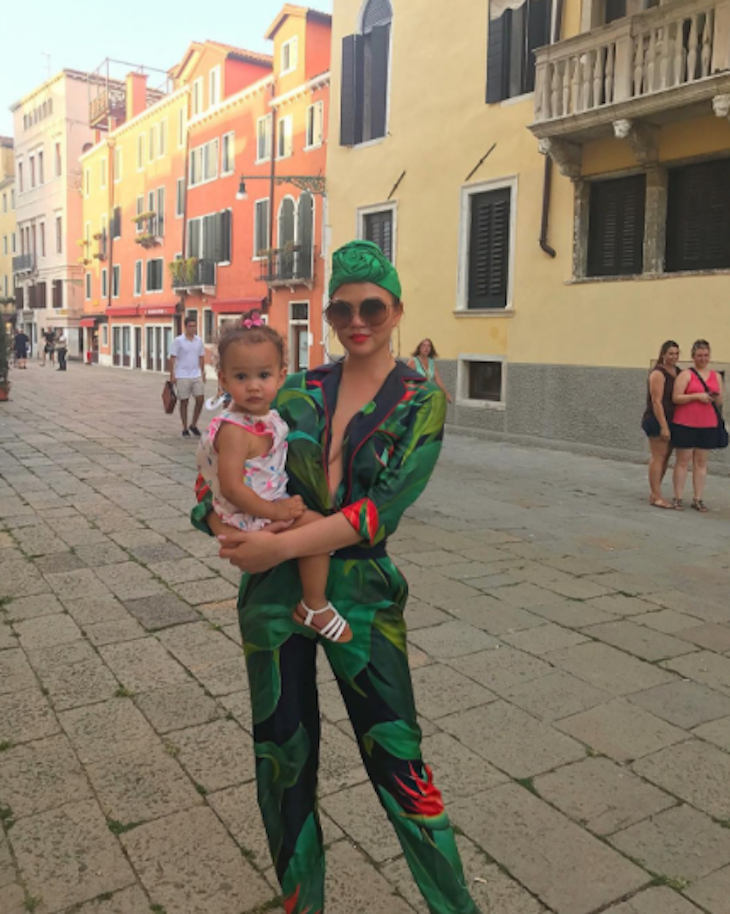 While some celebrity moms make traveling with your children look easy, Chrissy Teigen is telling it like it is. The model mom and Instagram celebrity opened up about traveling with her 16-month-old daughter, Luna. She shares the young tot with her husband and Grammy-winning artist, John Legend.

So far Chrissy has managed to bring Luna with her everywhere she goes, from her father’s tour stops all across the country to their recent family vacation to Indonesia. And while Luna has so far managed to travel like a seasoned pro, Chrissy says that it’s not always easy. That’s why she and John have agreed to stay at an AirBnb during his 53-date tour so the family can “cook and have a normal life,” according to Chrissy.

The celebrity mom also makes it no secret that flying with her baby has so far has been the hardest part of traveling.

She told Us Weekly in an interview, “Definitely flying. We try to avoid it. She just did a long flight from Bali and nailed it — on the way home. On the way there, I was going to have a panic attack. Before I had kids, I was hyperaware of them crying. So I feel like I know when it’s too loud. I get up and apologize. But kids are going to be kids. They’re going to scream. I’m never going to be the parent pretending my kid is not doing that.”

Chrissy also says that Luna has so far proven to be a light, hassle-free packer. In order words, she doesn’t need much to stay occupied on plans.

Basically if she has her ba-ba and her lovey that goes over her face when she sleeps, she’s set. She has her colors book, her animal faces book, her Sesame Street bath time book,” Chrissy said, adding, “John and I memorized all those songs, like “Rubber Ducky.” She will play the same one over and over. It’s always the Elmo one.”

Check back with CBL for more on Chrissy Teigen and your favorite celebrity moms right here.