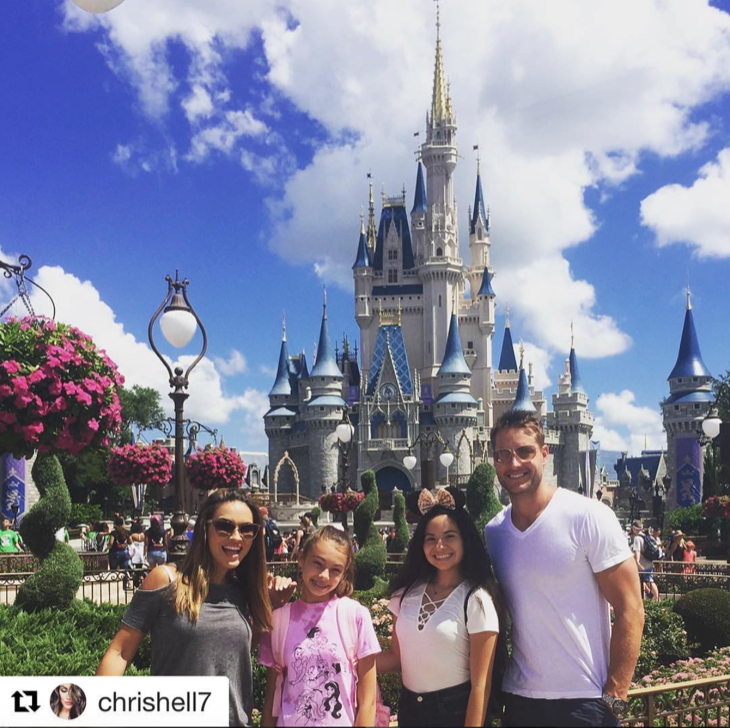 Justin Hartley proves that you can never be too young or too old to enjoy a special day out at Walt Disney World. The ‘This is Us’ star recently visited the Magic Kingdom in Orlando, Florida with his daughter Isabella to help celebrate her 13th birthday.

According to reports, Justin and Isabella were joined by the actor’s fiancé, ‘Day of Our Lives’ actress Chrishell Stause. Justin shares Isabella with his ex-wife Lindsay Korman. The couple pulled the plug on their marriage back in 2012.

Justin, Lindsay and Isabella enjoyed their very special day out by riding the Big Thunder Mountain, visiting with their favorite characters and more.

Early morning conversations on our drive to school with this one. It's one of the things I live for. That's a game face right there! Ready to learn! So proud of her.

Earlier this year, Justin Hartley explained that one of the reasons why he’s refused to do a nude – or even partially nude – scene on the hit NBC drama is because he wants to set a good example for his daughter. At 13, Justin knows just how impressionable many kids can be at her age.

Speaking to The Talk, Justin said that while he will do a nude scene if the storyline is right, he doesn’t want to be objectified on the show.  He aslo explained that gratuitous naked shots bother him, mostly because he doesn’t want to send the wrong message to his adolescent daughter, Isabella Justice. In fact, he even says that he’s bothered by all of the nude scenes he sees both on the small and big screen these days.

Fortunately for Justin, he has several more weeks of free time to spend with his daughter and Isabella. That’s because the cast and crew of ‘This is Us’ are expected to begin filming for the second season of the show in late July. Justin and Lindsay are also planning to tie the knot this October.

‘This is Us’ returns to NBC this Fall.

Getting Through Airport Security with Kids