Should Twins Share a Crib : The Advantages and Disadvantages 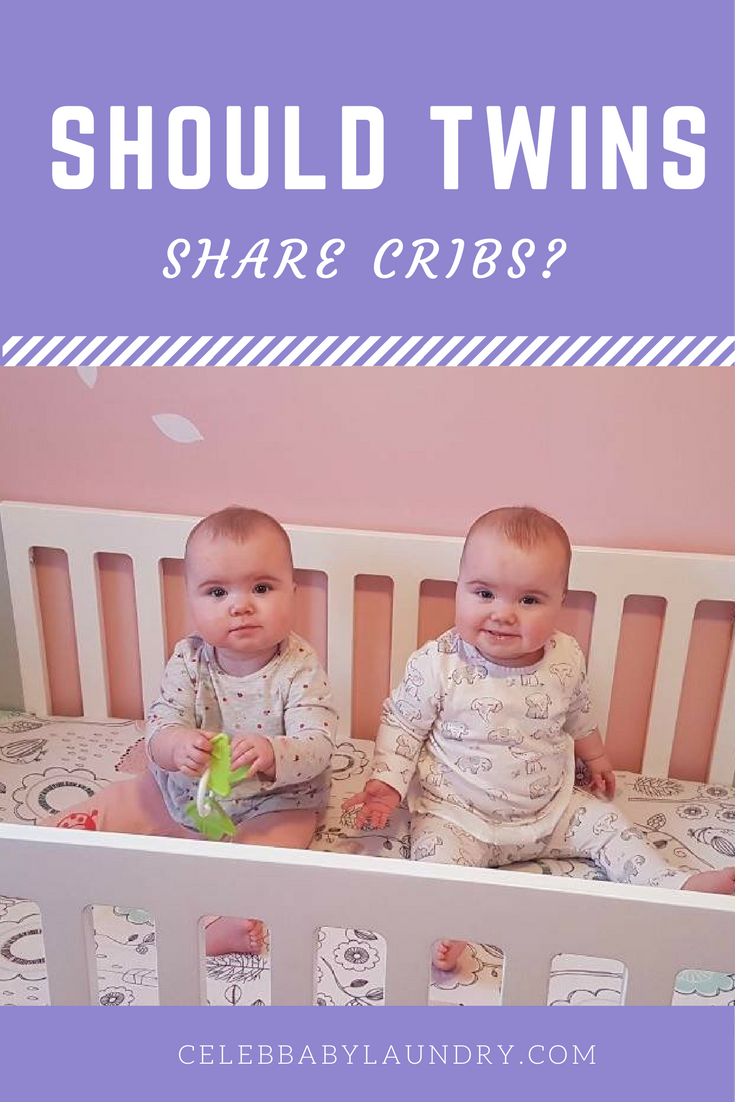 The close bond between twins is indeed a beautiful thing and it is by now well documented that twins interact in the womb as early as at the tender age of 14 weeks. Scientists have witnessed how one twin moves toward the other, how they seem to interact and reach out to each other and this close awareness and longing to communicate is known to last a lifetime. But what happens after the twins have entered our world? Do we allow them to remain as close as possible or are we better off, buying not just two car seats and a double buggy, but also two cribs?

Recognizing that having twins in separate cribs may be a bit of a shock to the system, has many experts advocate crib-sharing, at least for a few months, while others recommend settling them in separate cribs from the beginning for safety reasons. Co-sleeping is said to carry increased risks of accidental suffocation and some medical authorities advise against crib sharing, warning of increased risk of SIDS.

Related: 10 Pregnancy Myths – We Debunk Them

Crib Options for Your Twins

Essentially, you will have three options, all of which have advantages and disadvantages:

How Babies Can Soothe Each Other

Many pediatricians will tell you stories of how twin babies born prematurely play a vital role in soothing each other and it is just over 20 years since a nurse in the US, desperate to save the life of a little twin baby could think of nothing else than to place the little darling beside her twin in a last attempt to save her life. The little one was hardly able to breath, there was a problem with her heart rate, and she was in a critical condition.Once placed beside her twin, her breathing improved and her heart rate became steady, and the closeness allowed for the little one to gain more and more strength and to survive.

Related: How to Survive to the Last Month of a Multiples Pregnancy

Whether or not you are going to have your twins share a crib is a decision only you can make and maybe twin cribs do offer the best of both worlds as the twins will be close without all the risks.