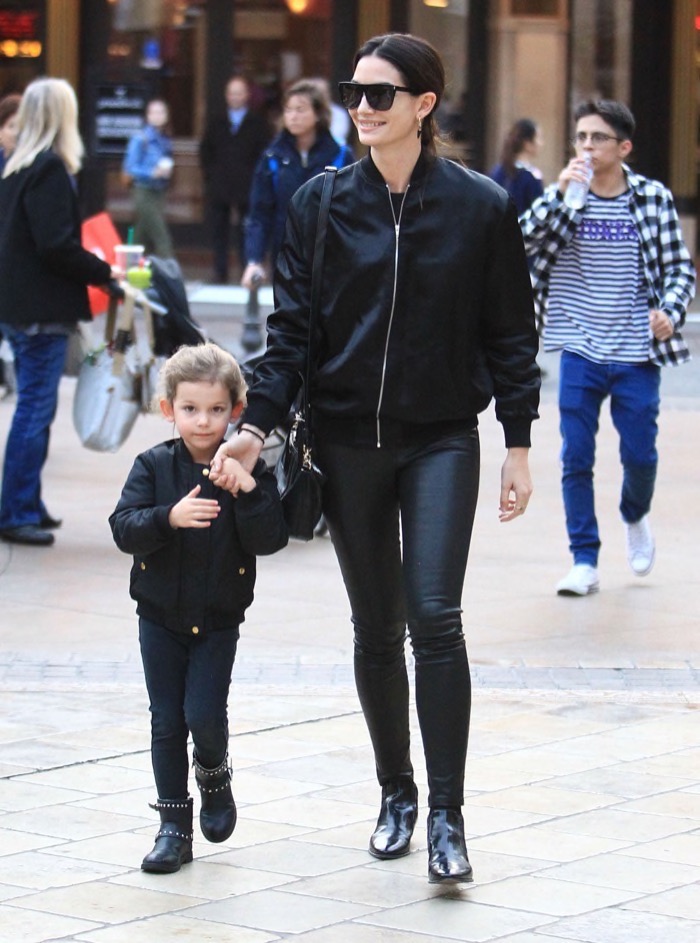 Lily Aldridge and her husband Caleb Followill were photographed taking their daughter Dixie to the Santa House at The Grove in Los Angeles, CA on Tuesday (Dec. 6).

The Victoria’s Secret model wore a black satin jacket, leather pants, and booties. Her daughter looked like a mini-me, wearing a similar outfit to her.

Aldridge recently revealed that she became more adventurous with her style after giving birth to her daughter.

“I was so one way before I had my daughter…and then something switched in me and it totally changed my fashion, the way I felt, the choices I made. I was less scared to make choices that people might not like,” she told People Style.

The star and the Kings of Leon singer married in 2011.