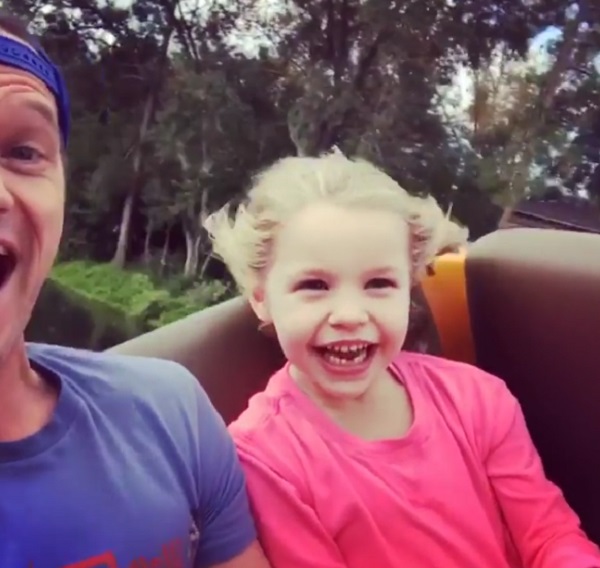 How I Met Your Mother’s fan favorite Neil Patrick Harris sure knows how to party on Thanksgiving break.  The hilarious actor took his husband David Burtka and their adorable twins Gideon and Harper to Disney World in Orlando, Florida.  And, judging from the photos and videos that Harris posted on Instagram, his family had a blast!

First Neil shared an adorable video of himself and Harper on Big Thunder Mountain Railroad, the 6 year old squealed and giggled and rode with her arms in the air.  When the ride was over, Harper begged to go on it again.  Harper’s hilarious dad jokingly captioned the video, “I think she enjoyed it.”

It looks like Harper is a bit of a thrill-seeker, she also had a blast on the Seven Dwarfs Mine Train with David Burtka.  Meanwhile, Harper’s twin brother Gideon seemed to enjoy the mellower rides.  Gideon’s dad shared an adorable video of Gideon on some sort of carousel, taking in the beautiful colors and music.  All and all, it looks like Neil Patrick Harris, David Burtka, and the twins had a blast.

November has been a big month for Neil Patrick Harris and his family, not only did they recently travel to Disney World.  But, they also celebrated Thanksgiving, attended the star-studded premiere of Disney’s Moana, and adopted a sweet rescue pup named Gidget.  According to People Magazine, Gidget [a 6 month old wire terrier mix] was a birthday present for Harper and Gideon, they turned 6 years old this month!

Big Thunder Mountain Railroad with Harper. I think she enjoyed it. @waltdisneyworld