Lacey Chabert’s Baby Girl Julia Is Too Cute For Words 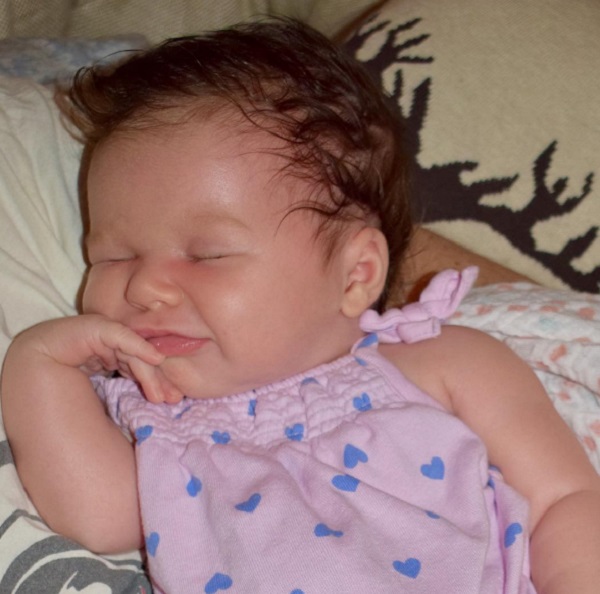 Mean Girls star Lacey Chabert turned 34 years old this week, and in honor of her big day she took to Instagram and shared a sweet new photo of her baby girl Julia, who also was celebrating a major milestone – she’s one month old!  Lacey wrote, “When I saw you I fell in love, and you smiled because you knew.” -Shakespeare You are the greatest birthday present I could ever imagine.”

Lacey Chabert and her husband David Nehdar were married in 2013.  Earlier this year Lacey confirmed that she was pregnant with her first child.  In September 2016 Lacey took to social media that she and David had welcomed their daughter, Julia Mimi Bella Nehdar.

In the birth announcement Lacey posted a sweet snapshot of the newborn and captioned it, “And then my soul saw you and it kind of went, ‘Oh, there you are. I’ve been looking for you.’” #TBT to the best day of my life. One week ago I became a mom to this precious angel. Julia Mimi Bella.  Julia, you are my heart’s deepest dream come true. I love you more than I could ever say. Welcome to this big beautiful world sweet girl!”

Selfie from the couch. It’s true. I live here now. #anydaynow #due #anxiousandexcited

Long before Lacey Chabert was a mean girl, she starred on the popular 90’s series Party Of Five.  Her big sister on the show was Julia, the character was played by Neve Campbell.  Fans of the nostalgic series were thrilled when they learned that Lacey had named her daughter Julia and assumed it was paying homage to her former series.  But in a recent interview with People Magazine, Lacey revealed that her daughter was actually named after her mother Julia.

Happy Birthday Lacey Chabert, and welcome to the world Julia!