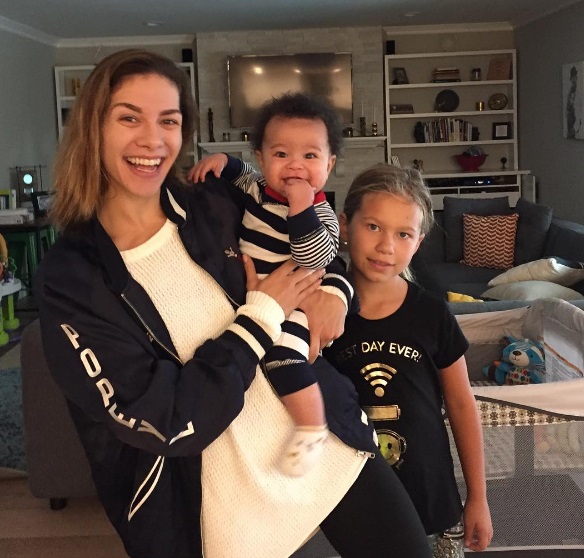 Dancing With The Stars pro Allison Holker has become a household name over the years, thanks to the exposure she receives on the ABC primetime dance competition.  But, Allison Holker isn’t just a phenomenal dancer, she’s also a mom of two adorable kids!

Allison Holker began her televised dancing career on NBC’s So You Think You Can Dance before heading to Dancing With The Stars.  In 2013 she married her former SYTYCD co-star Stephen “tWitch” Boss.  During Season 22 of DWTS Allison and tWitch confirmed that she was pregnant with their first child together, Allison also has a daughter named Weslie from a previous relationship.  On March 27 2016. Allison and tWitch announced the birth of their son Maddox Laurel.

Allison is currently paired up with Kenny “Babyface” Edmonds on this season of DWTS.  Kenny and Allison had a rough week, and got some pretty low scores and a tough critique from the judges.  Luckily, Allison has two adorable kids to go home to, and we’re sure Weslie and baby Maddox were able to cheer up their hard-working mom.

Allison is constantly sharing photos of her hubby tWitch, and her kids Maddox and Weslie on Instagram.  Maddox is one happy baby, and the tiny 7 month old is always beaming for the camera.  In a recent photo, Holker posed with Maddox and Weslie and captioned the sweet picture, “My kids are my world.”

Are you a fan of Allison Holker on DWTS?  Do you think that she and Babyface will be able to evade elimination this week?

Lacey Chabert’s Baby Girl Julia Is Too Cute For Words