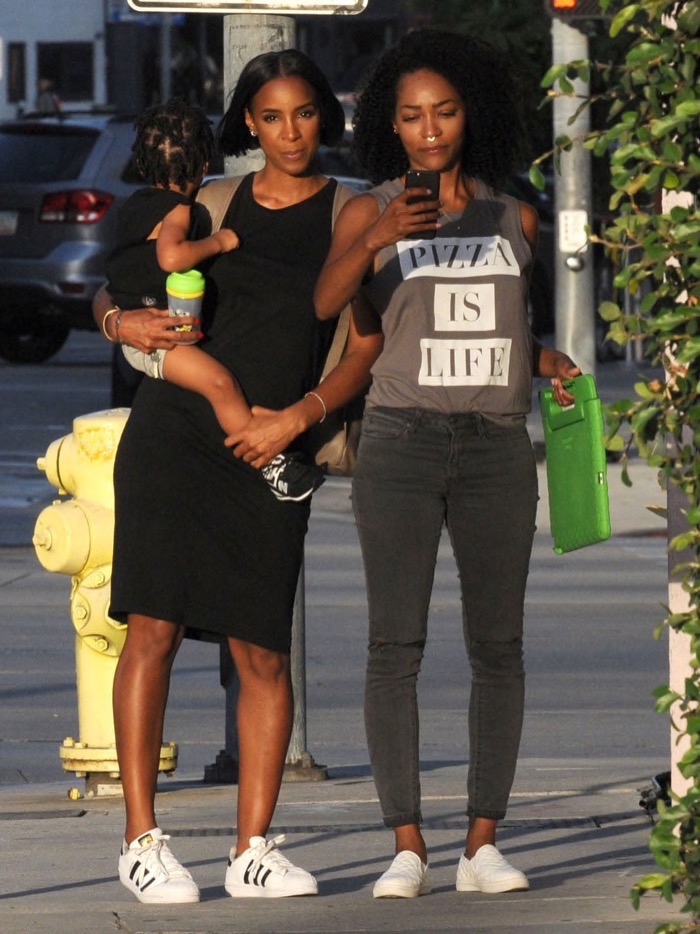 Kelly Rowland was photographed with her son Titan and a friend in West Hollywood, CA on Tuesday (Sept. 27).
The singer was dressed in a casual black dress while holding the youngster on her hip. The trio stopped to take numerous selfies on their walk.
Shortly after the birth of Titan, Rowland revealed that motherhood had changed her in a positive way.

“I am much more laid-back now,” she told Parents magazine. “Being a mom just makes me feel whole.”
“I don’t make the little things into big issues like I once did,” she explained. “My OCD had to go out the window. My living room looks like a freaking day care!”