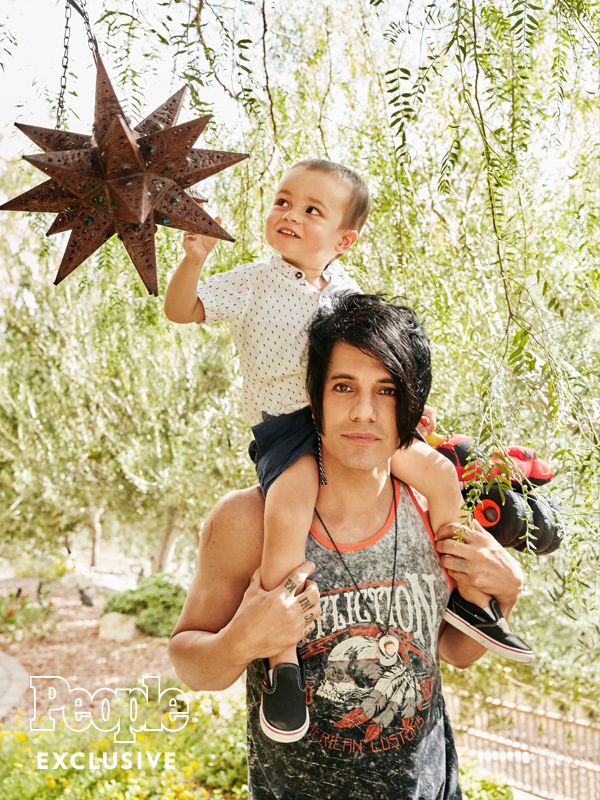 Criss Angel has faced the most difficult situation a parent can – his two-year-old son Johnny was diagnosed with cancer last October.

In a new interview with People, the Mindfreak Live! magician opens up about his sons illness and how his career has kept him from fully taking care of his son.

Angel recounts his first feeling after learning of the diagnosis.

“I felt helpless,” he says of learning of the diagnosis from his separated wife Shaunyl Benson, who lives in Australia with their son.

Angel flew to be by his son’s side, but he cannot stay longterm due to contractual obligations.

“I’m locked into a 10-year contract and had never missed one show,” says Angel,  who is committed to performing 10 times a week at the Luxor Las Vegas. “But I needed to be with my son.”

Because of his commitment to perform in Mindfreak Live! and the taping of a TV special that debuts on A&E in October, Angel was only able to visit his son one more time over the next 10 months.

Angele tells the side effects of cancer treatments, which included hair loss and behavioural changes were hard to see.

“Johnny is a happy, fun, loving boy, but the steroid treatments have a profound effect on his mood,” Angel explains. “He began throwing “violent” tantrums. “That’s hard to see, but that’s not our Johnny. That’s the steroids.”

Angel and Benson have not reconciled, but are determined to co-parent Johnny.

“Honestly, we are really good friends. Whenever I need anything, I know that Criss is there,” Benson tells. “At the end of the day, it makes Johnny happy to see his parents interacting happily and … it makes me happy seeing my son happy.”

At the moment, Johnny is in remission, but will continue treatment for another two years. His immune system is on the rebound, and in August he visited the U.S. for the first time since his diagnosis.

“My son is supposed to outlive me. I’d rather it be me that was sick,” he says. “I want Johnny’s future to be long and happy. That kid is just a bundle of love. He’s the truest form of magic.”

Angel recently founded the Johnny Crisstopher Children’s Charitable Foundation to raise awareness of pediatric cancer and search for a cure.

Alec And Hilaria Baldwin’s Babies, Rafe And Carmen, Are Ready For A Stroll