Julianne Moore & Liv Spend The Day Together in NYC 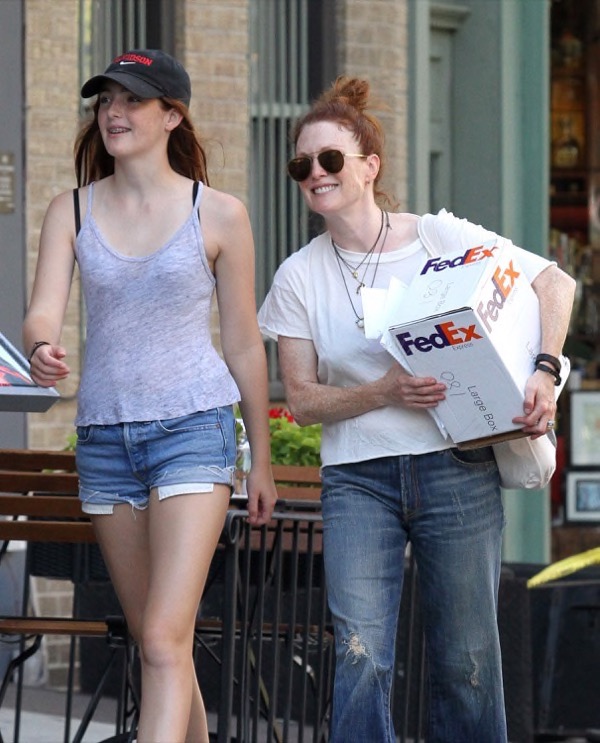 Julianne Moore and her daughter Liv Freundlich were photographed getting iced coffee while out and about in New York City, New York on Tuesday (Aug. 30).

The Wonderstruck actress was dressed casually in a white t-shirt and wide legged jeans. She carried a fedex box in her arm while smiling happily next to her 14-year-old daughter.

Moore recently revealed that she stays in shape by doing Ashtanga yoga three times a week.

“I do Ashtanga yoga at least three times a week, and I’ve started doing Iyengar at least once a week; it’s just a different way of moving,” she told Harpers Bazaar UK of her exercise regime. “I love acupuncture and if my back hurts I’ll go to a chiropractor, but I think yoga is really important to me in terms of how I feel.”

“I had an emergency appendectomy last fall and it took me so long to recover from it. I realised how important it was to be able to move around and to move quickly. It was a very eye-opening experience. I realised as long as I am pain-free and able to move well then I’m really happy with my body.”

The 55-year-old is married to Bart Freundlich.