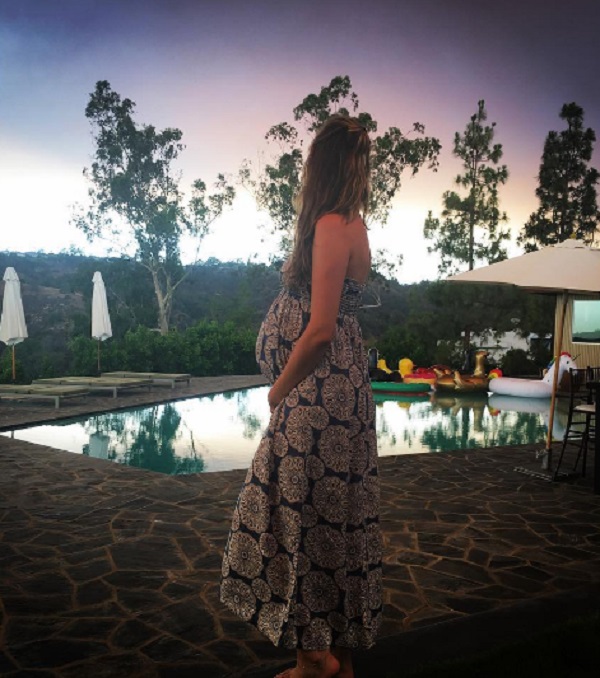 The Voice coach Adam Levine and his pregnant wife Behati Prinsloo stepped out this weekend for a romantic dinner together in West Hollywood, California and were spotted at Craig’s Restuarant on Saturday July 30.  It looks like the happy couple is trying to get some quality time together in before their new bundle of joy arrives in just a few short months.  Behati has revealed that she and Levine are having a Fall baby and her due date is in September 2016.

Behati Prinsloo has been keeping her fans and followers up to date with her pregnancy and posting some adorable baby bump photos this summer.  The model and her singing husband announced her pregnancy via social media in March 2016.  Later, they confirmed that they are having a baby girl, both soon to be parents are thrilled by the new addition to their family and have expressed how excited they are to be having children.

This summer Adam Levine appeared on an episode of The Tonight Show with Jimmy Fallon.  The Maroon 5 frontman and Voice coach raved about how excited he was for his daughter’s upcoming arrival.  Levine also revealed what his model wife’s pregnancy has been like so far, and revealed that Behati has had a pretty strange food craving…watermelon.  At least she’s craving something healthy, and not pickles and ice cream!

Busy Philipps And Daughter Cricket Do A Little Grocery Shopping