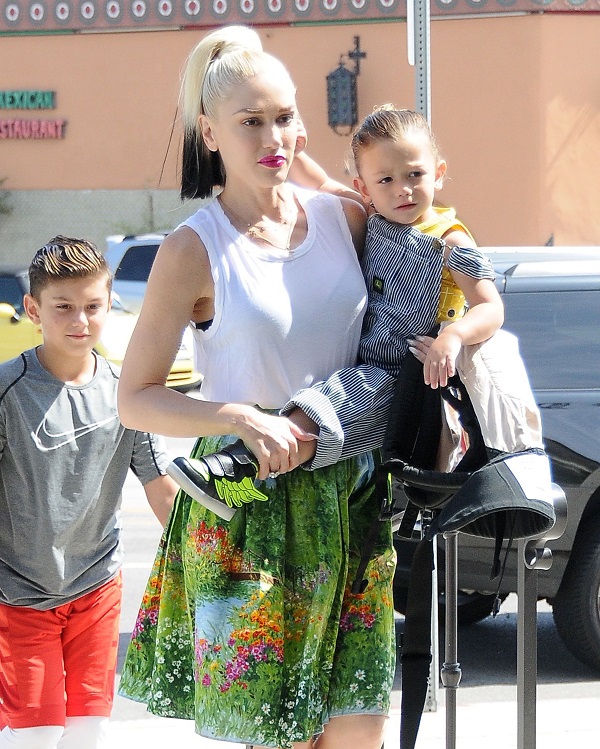 Gwen Stefani is a busy woman, what with her new album and high-profile relationship with her Voice coach boyfriend Blake Shelton.  But, the singer and mother of three managed to take some time off on Sunday to spend the day with her three sons and they took a family trip to church.

Gwen Stefani has been in the news quite a bit these days, her relationship with country music singer Blake Shelton has been quite the topic of conversation.  If you follow Gwen Stefani on social media and SnapChat then you know that Blake spends a ton of time with her three sons and they have been hitting it off beautifully.  As far as those rumors about Gwen and Blake getting married, the singer shut them down during a radio interview last week and said they were ‘weird.’  Gwen laughed off the rumors saying, “Let’s just take it one day at a time. Everything’s crazy right now, so no, absolutely not, are you crazy?”

The “No Doubt” singer has been out and about with her three boys a lot lately, obviously trying to get in some family time before she kicks off her tour this summer.  On July 12 Gwen’s “This Is What The Truth Feels Like” tour will begin in Mansfield, Massachusetts.