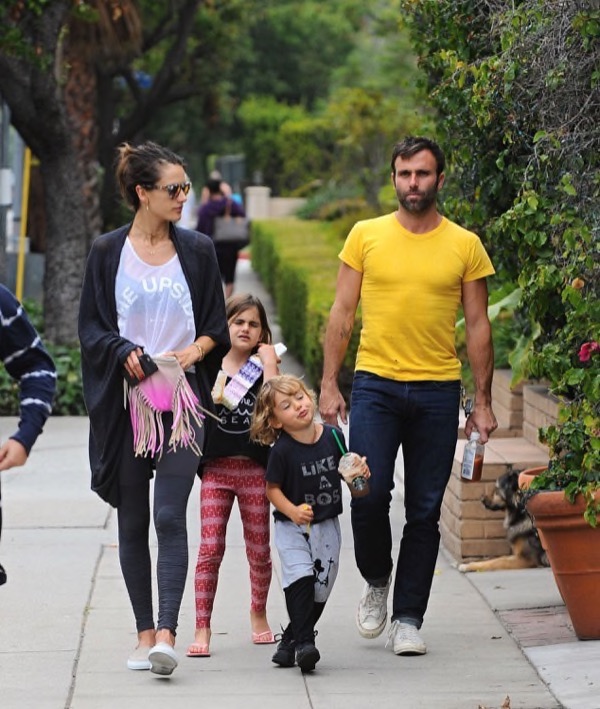 Alessandra Ambrosio was pictured out to lunch with her family after a yoga class in Los Angeles, CA on Sunday (June 5).

The Victoria’s Secret model was dressed a oversized cardigan, a white tank and and stretch pants with sneakers. Anja followed and Noah jumped ahead while drinking an iced coffee.

“Your body will never go back to exactly what it was before pregnancy, whatever people tell you. It can’t,” she told The Edit, “I think I have a better body now than before I had kids. It’s partly because I work out, whereas before I didn’t, but also to do with the shape – it just looks more formed now and I feel better about it than I did.”