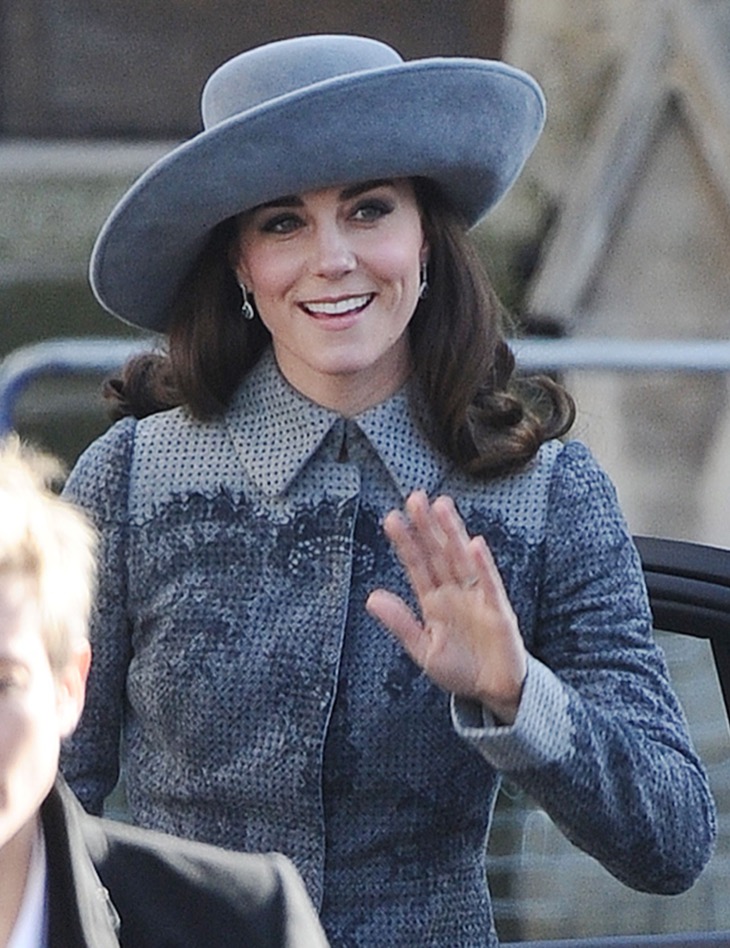 Kate Middleton revealed that Prince George calls Queen Elizabeth Gan-Gan during Kate’s interview for the Our Queen At Ninety documentary. Kate also divulged that Queen Elizabeth was perhaps the first to visit Princess Charlotte when the Cambridge’s returned home to Kensington Palace after her birth.

In addition to Kate Middleton’s interview The Our Queen At Ninety documentary will include interviews from several members of the Royal Family. Prince William, Prince Harry, Prince Charles, Princess Anne Prince Andrew and Prince Edward reportedly all filmed interviews. The documentary crew was given access to the Royal Family for approximately a year in order to create the special celebratory birthday tribute.

Kensington Palace released a short clip of the Duchess of Cambridge’s interview, her first solo interview since marrying Prince William. In addition to telling the world what Prince George calls his great-grandmother, Kate Middleton revealed, “It’s very special having a little girl.”

Kate explained how Queen Elizabeth leaves small gifts in their rooms when the family stays at Buckingham Palace. This is Queen Elizabeth’s way of showing just how much she loves the members of the Royal Family.

Princess Charlotte fascinates her great-grandmother and Queen Elizabeth is quite keen to know what Charlotte is up to. According to Kate Middleton, the little princess has become quite mobile and is walking around Anmer Hall after the Duchess of Cambridge following wherever mum goes.