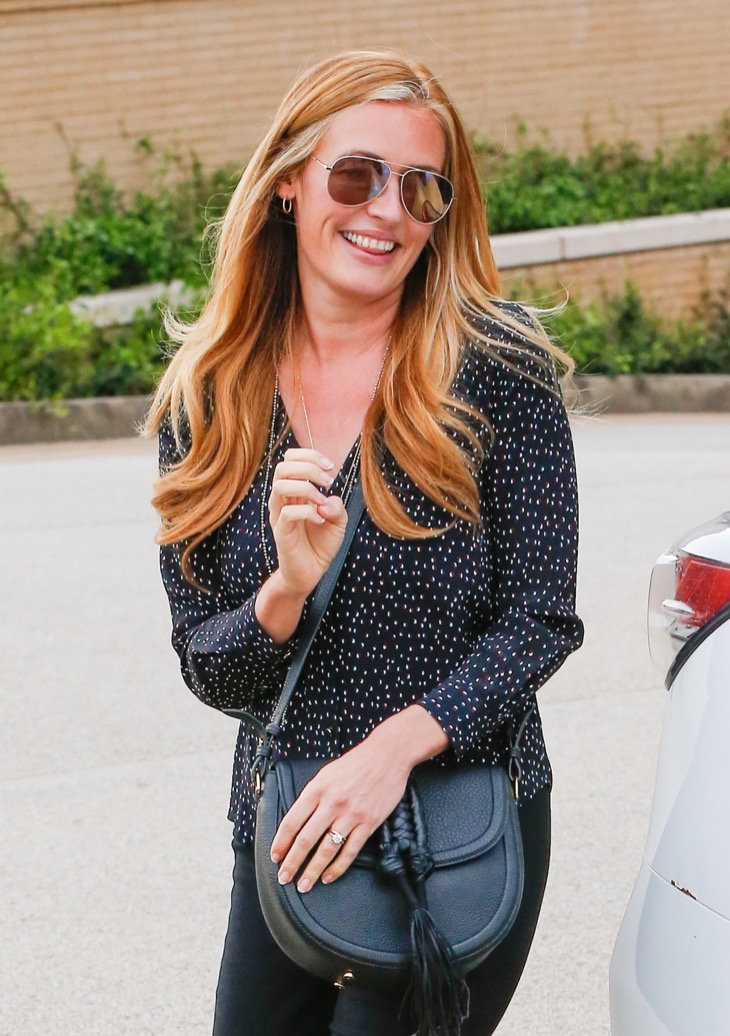 First time mom Cat Deeley credits breastfeeding not hours of cardio and strength training as the reason she quickly returned to her pre-baby shape.

Cat and hubby Patrick Kielty welcomed a baby boy in January, but his name has yet to be revealed. Cat did share with Closer that she is absolutely “besotted with the baby and really enjoying motherhood.”

Deeley was out and about doing some shopping in Beverly Hills just two weeks after giving birth to her son. Already looking great, the British born beauty divulged that many people have asked her if she’s been going to the gym and working out a lot. In the interview Cat said that breastfeeding is definitely the key to bouncing back after childbirth for her.

Patrick and Cat have received much advice and support from Cat’s parents. The proud grandparents arrived in Los Angeles just before Christmas in order to be there when their grandson was born. Cat Deeley said that it is very important to listen to advice, but the learning curve for parenting is definitely and on-the-job experience.

Two months after giving birth Cat Deeley is ready to get back to work. She was last seen on the Hulu original series “Deadbeat” as Camomile White, a famous medium and occasional rival of Kevin Pacalioglu, a lazy medium-for-hire. New episodes of “Deadbeat” begin airing on April 20.