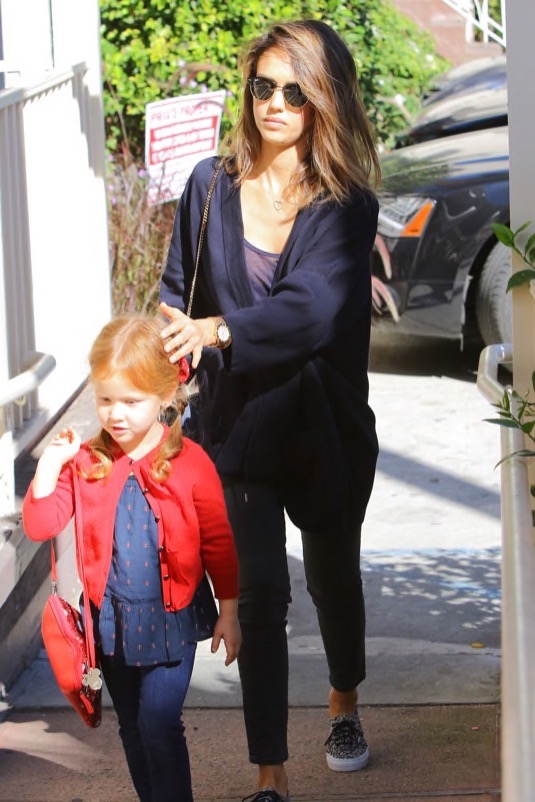 Jessica Alba was spotted enjoying a day with her daughter Haven in West Hollywood, CA on Monday (Feb. 15).

The Veil actress was dressed in a navy cardigan, a matching tank and ankle pants with sneakers. She followed the youngster as they headed to Le Pain for lunch. After, they took a stroll.

Alba who c0-founded The Honest Company recently spoke about being a businesswoman.

“I’m in a man’s world in business,” Alba told the latest issue of Cosmopolitan. “When we were talking about package designs, I was like, ‘Are you really giving me notes on packaging for feminine care? I literally can’t with you.”

Meanwhile, the mother-of-two is set to compete on the new season of NBC’s The Celebrity Apprentice.

How to Encourage & Promote Confidence in your Child