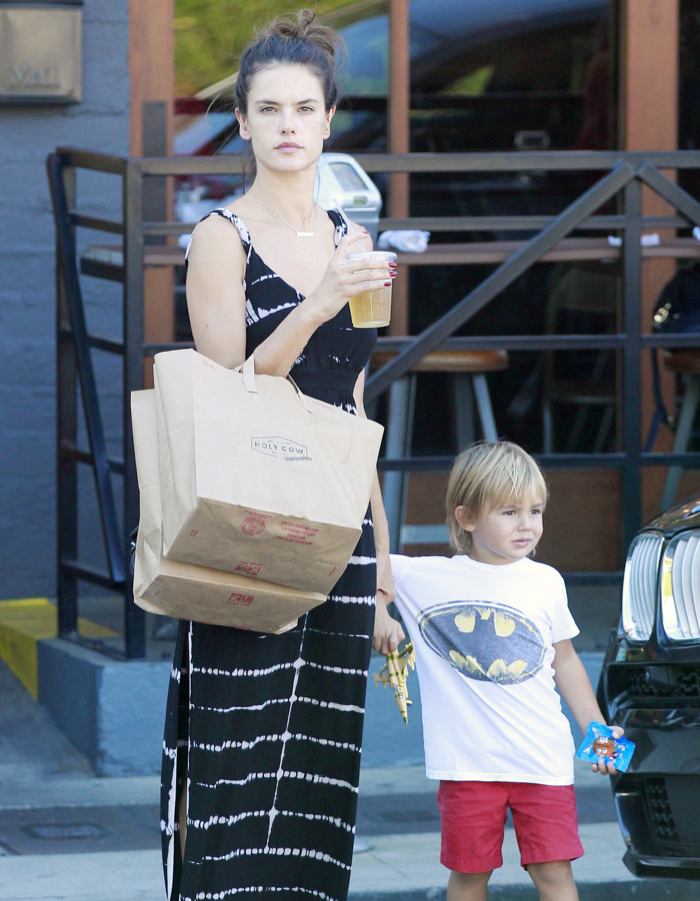 Alessandra Ambrosio was photographed out for lunch with her son Noah in Brentwood, CA on (Nov. 4).

The Victoria’s Secret model was dressed in a long black maxi dress with a white tie-dye print. She held the hand of Noah while carrying a couple of bags and a drink.

“My little @monsterhigh #CattyNoir #AnjaLouise #happyhalloween #trickortreat,” she captioned a shot of Anja dressed in her costume.

The Brazilian native has been with her long-time fiancé Jamie Mazur since 2008. He is the father of both her children.