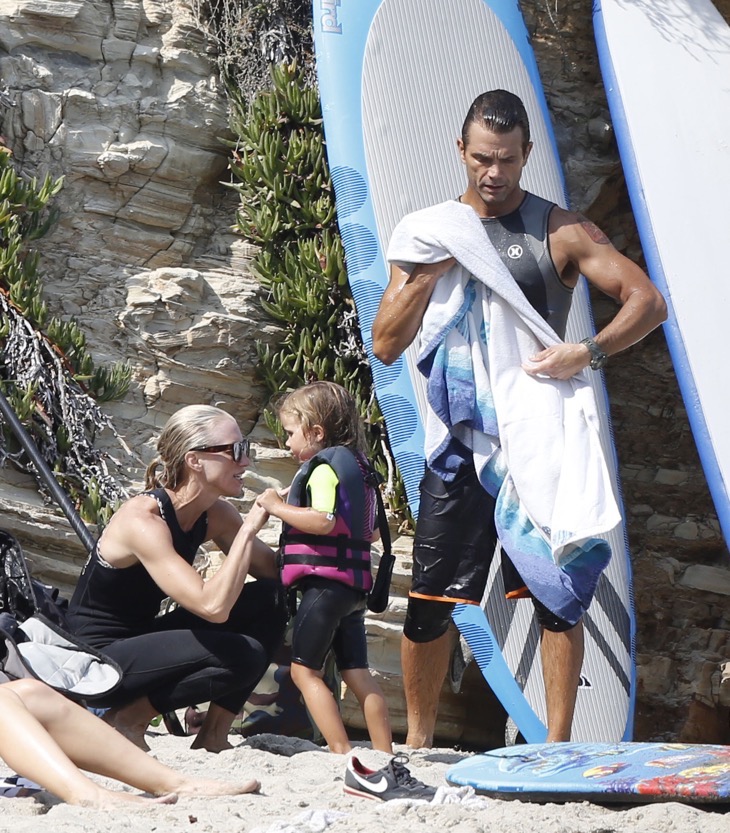 Former Baywatch actor David Chokachi, his wife Susan Brubaker and their four-year-old daughter Brit Madison enjoyed a day on the beach in Malibu, California.  David who is an avid surfer said about the birth of his daughter, “I thought surfing the perfect wave was the coolest feeling in the world, until my baby daughter Brit was born.”

David is already teaching his daughter how to surf and recently tweeted, “Going surfing with my girl! She is the next gen ripping surfer ! Dream day to be at beach, in water…”

David played lifeguard Cody Madison on the 90s popular show Baywatch and he showed off his fit physique while enjoying a day of family fun and paddle-boarding.  It is no surprise that David was chosen by “People magazine” as one of the 50 Most Beautiful People in the World.

David and his wife have been married since 2004 and Brit is their only child.