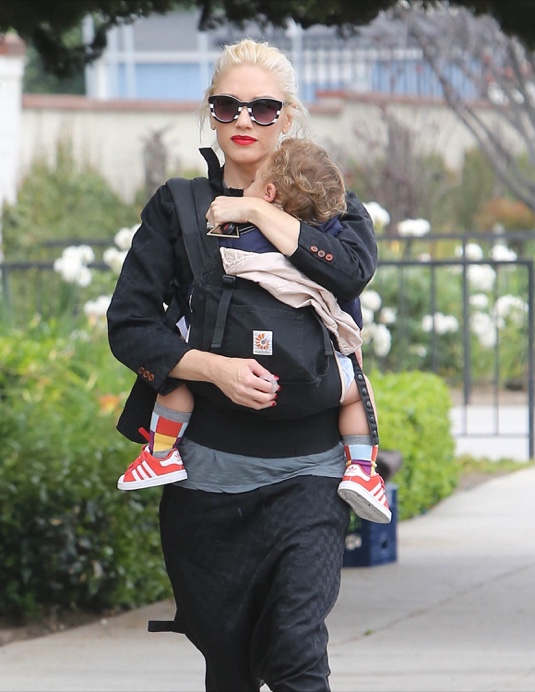 Gwen Stefani and her husband Gavin Rossdale took their three children, Kingston, Zuma and Apollo t0 church before heading to the the Wildlife Learning Center in Pasadena, CA on Sunday (June 14).

Wearing a black jacket, grey top and slouchy ankle pants, the No Doubt singer affectionately carried a sleeping Apollo in a baby carrier to church. Rossdale carried the toddler on the way out of church.

It was recently announced that Stefani will once again replace Christina Aguilera as a judge on season 9 of The Voice.

“I’m coming back and am so excited! I can’t believe I get to return to The Voice. It’s so inspiring to be around such incredible talent and music. I’m looking forward to working again with Adam, Blake and Pharrell. I love those guys,”  Stefani was quoted as saying in a press release.

Aguilera is reportedly skipping the ninth season of the competition because of several family matters.

The ninth season of The Voice sis expected to begin in September.