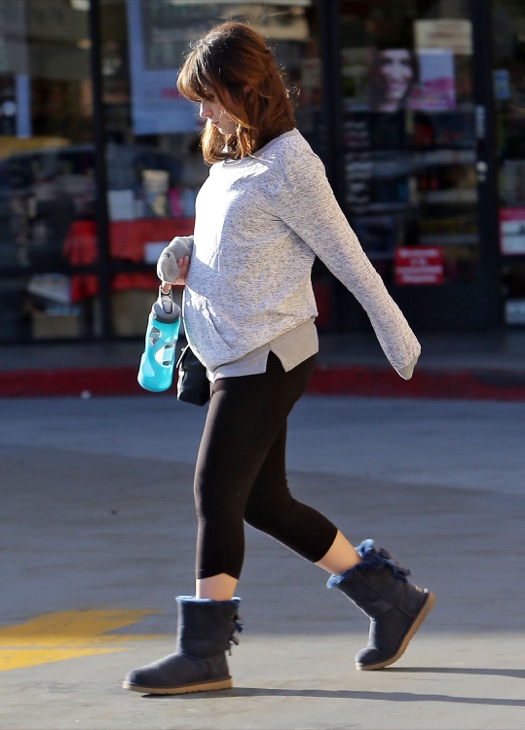 The New Girl actress was dressed casually in a grey sweater that showed off her growing bump, yoga pants and Ugg boots.

Deschanel announced in January that she and her fiance Joey Pechenik are expecting their first child together.

“Jacob and I are over the moon. We are so excited to meet our little one,”Deschanel told People.

Her pregnancy overlaps with that of her famous sister Emily Deschanel, who is currently expecting her second baby with David Hornsby.

10 Rules for Moms of Boys