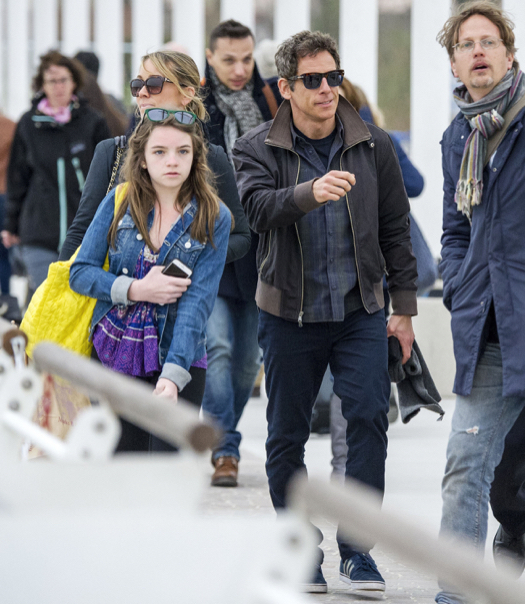 Ben Stiller, his wife Christine Taylor and their children Ella & Quinlin were photographed arriving in Venice, Italy on Sunday (Mar. 29).

The While We’re Young actor was dressed in a leather jacket, a plaid shirt and jeans with sneakers as he walked to water taxi terminal. His family followed him.

Stiller has been in Rome filming Zoolander 2.

“I will leave that for the audience to judge,” Stiller told Variety when asked if the film will be even more funny than the first. “I’m trying to make it its own thing and different, but also (incorporate) things that people like from the first one.”

The comedian and actor Owen Wilson closed the Valentino runway show during Paris Fashion Week earlier this month as their model characters from the 2001 comedy.

Ben Stiller:”Parenting Is The Most Challenging Thing You Can Do.”