Bethenny Frankel Soaks Up the Sun in Miami 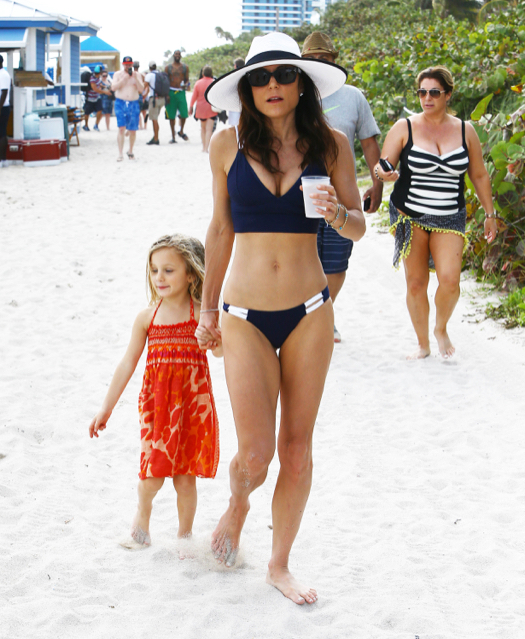 Bethenny Frankel was photographed enjoying a day at the beach with her daughter Bryn in Miami, FL on Sunday (Feb. 8).

The Skinny Girl mogul showed off her bikini body in a navy top and low-cut bottoms. She picked up a cup of lemonade before playing the sand and water with the youngster.

In other news, the star recently returned to The Real Housewives of New York City. The reality show is in its seventh season.