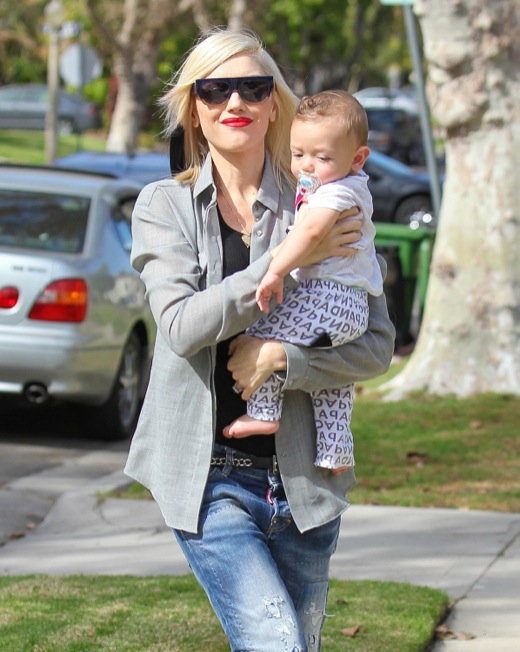 Gwen Stefani was photographed heading to celebrate her 45hth birthday at her moms house in Los Angeles, CA on Friday (Oct. 3).

The Voice mentor who was dressed stylishly was all smiles as she carried her baby to the house. Apollo looked adorable in white shirt and alphabet tights.

Stefani is set to release her first solo album in eight years.

Her manager Irving Azoff revealed that the singer is currently in Miami, recording new tracks with her Voice co-star Pharrell Williams. He added that Stefani will determine which track will be the lead single.

Stefani plans to perform the single on The Voice later in the season and it rumoured the album will drop sometime in December.

How To Help Your Kids Transition With New Siblings