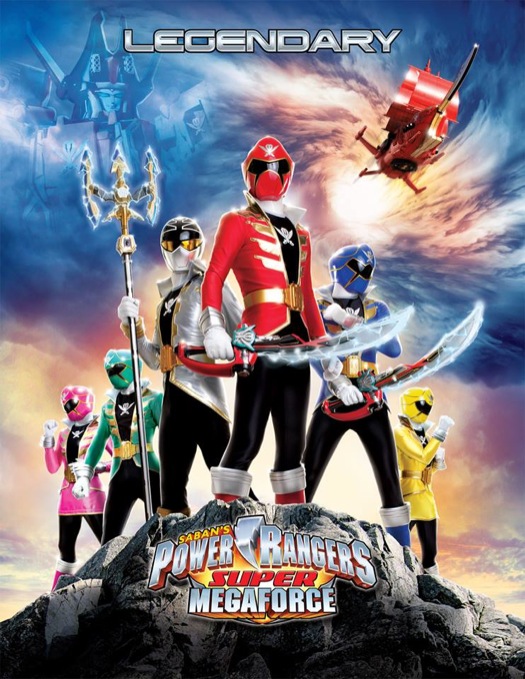 Power Rangers MegaForce episodes are back!

To accompany the new season of the popular Nickelodeon show for kids, Saban Brands has released new Power Rangers Megaforce toys to get your MEGA fan excited.

No Power Rangers Mega Force set of toys are complete without these Legendary Ranger Keys. They activate special features in other Super Megaforce items, including the Deluxe Legendary Morpher, Battle Gear and all items in the Zord Builder Collection.

Using your smart device’s camera, you can scan any Ranger Key with the freePower Rangers Scanner App (iOS & Android) and morph yourself into any Legendary Ranger onscreen. 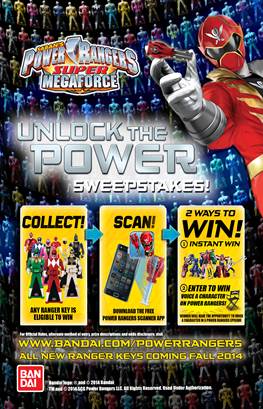 The Legendary Ranger Keys also allow Power Rangers Super Megaforce fans to take part in the Unlock the Power sweepstakes. Scan any of the keys into the Power Rangers Scanner App on their mobile device for a chance to instantly win exclusive coupons and toy prize packs now through December 31, 2014. Fans also have the opportunity to win a trip to Hollywood, California for a family of four and voice a character in an upcoming Power Rangers Super Mega Force episode!

A.J. McLean: My Daughter Is My Number One Fan

Just in Time For the Holidays! New Julius Jr. Books