A.J. McLean: My Daughter Is My Number One Fan 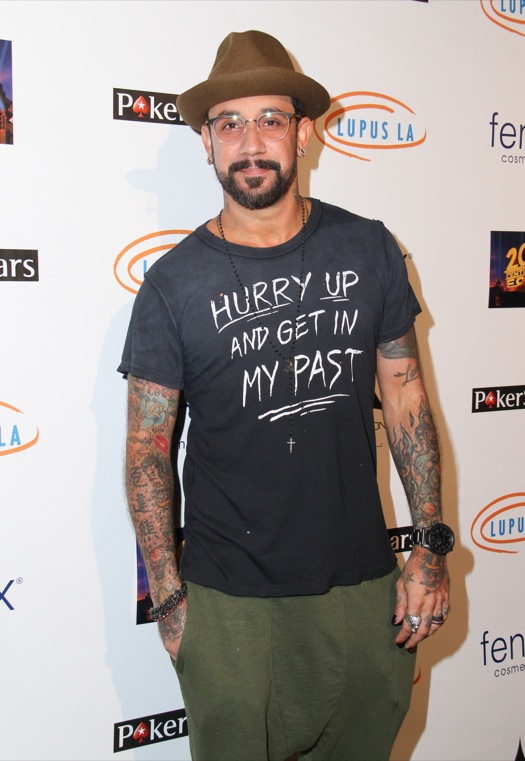 A.J. McLean know who his biggest and most important fan is!

The Backstreet Boys singer says his 22-month-old daughter Ava Jaymes is a huge fan of his music.

“She is my number one fan!” he told People at the Get Lucky for Lupus 6th Annual Poker Tournament. “When my wife turns on, ‘In a World Like This,’ she is like, ‘Daddy! Daddy! Daddy!’”

McLean admits he has yet to figure out how she became such a fan.

“She has never seen me perform it live, so I have no idea how she knows it’s my voice,” he explains. “But she’s super smart, and she is the raddest kid in the world.”

The most surprising thing about parenthood, to him?

“The most surprising thing would have to be just how much she picks up on every little thing, and retains it,” he says. “It’s this little person that can barely talk, but she knows how to communicate, knows what she wants, knows how to dictate it, and if she does’t get what she wants she is actually okay with it.”

Despite being successful for over three decades in the entertainment industry, McLean insists his greatest accomplishment is becoming a dad.

“It’s crazy! It’s the best thing in the world,” he says. “There is no more rewarding job — and I’ve been doing this, performing, for over 30 years — and this is the best job in the world, to be a father and have a little girl that admires me, loves me, unconditionally.”

The singer married Rochelle Deanna Karidis in 2011. Ava is their first child together.