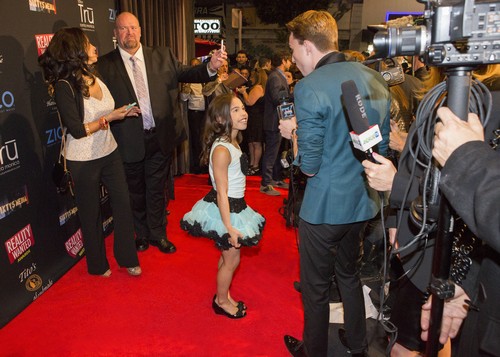 Asia Monet stars in Lifetime’s all new unscripted series Raising Asia.  Child prodigy Asia Monet Ray is no stranger to the spotlight and her loyal fan base eagerly follows her every career move.  Tonight is the second episode of the new series and it is called, “Diva Days, Red Carpet Nights.”  On the last episode the Ray family revolves around eight-year old daughter Asia’s rising star, and last week there was a huge performance at World of Dance on the line.

Questions about the suitability of the choreography put the entire performance in jeopardy. Meanwhile, Asia’s parents struggled with their own balancing act. Did you watch the last episode we recapped it all here for you.

On tonight’s episode this week Asia is slated to perform at the Reality TV Awards, but tensions are already running high in the Ray household, and when Kristie isn’t happy with the stage, she tries to pull the plug. Meanwhile, Shawn goes toe-to-toe with Asia’s manager.

Tonight’s second episode is going to be great and you won’t want to miss it. So be sure to tune in for our live coverage of Lifetime’s Raising Asia tonight at 10PM EST! In the meantime, sound out in the comments below and tell us what you think about this new show.