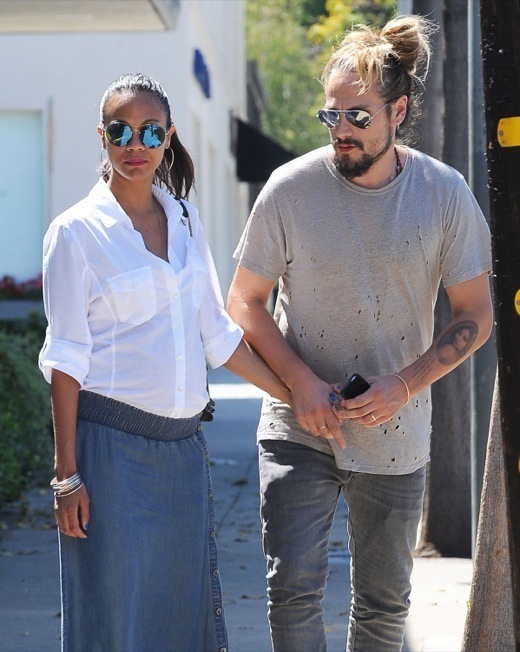 Zoe Saldana and her husband Marco Perego were spotted out for lunch at Mozza Pizzeria in West Hollywood, CA on Thursday (Aug. 14).

The Guardians of the Galaxy actress dressed her bump in a white blouse and jean shirt. She held onto her husband’s hand while they did some shopping before heading to grab lunch.

Appearing on the cover of Cosmopolitan for Latinas‘ September issue, Saldana insisted she wants her future bundle of joy to learn an array of languages.

“Of course [our children] will speak the languages that we speak; my sisters and I grew up learning French and speaking English and Spanish, and because of that, we’re able to understand Italian and Portuguese. But I’m going to have to make a conscious effort to speak Spanish to my children, because I speak Spanglish,” she told.

The actress has yet to officially confirm her pregnancy.