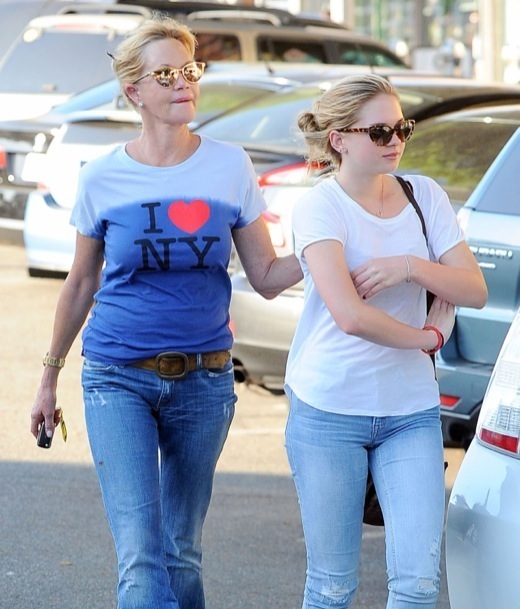 Melanie Griffith and her daughter Stella were seen enjoying a mother-daughter day at the Bellacures Nail Salon in Los Angeles, CA on Tuesday (Aug. 12).

The actress wore a ‘I Love NY” shirt with jeans and heeled sandals. Her daughter was dressed similarly while walking to their parked car.

Griffith and her husband Antonio Banderas shocked fans when they announced their separation in June after 18 years of marriage.

Divorce papers cited “irreconcilable differences” as the reason behind the split.

“We (have) got an agreement together that we’re not going to talk about it and I don’t want to break it. Probably in the near to mid-future we will be able to talk. But not now,” Banderas told of their separation.

They’re both parents to Stella.