David Beckham Catches a Flight With his Children 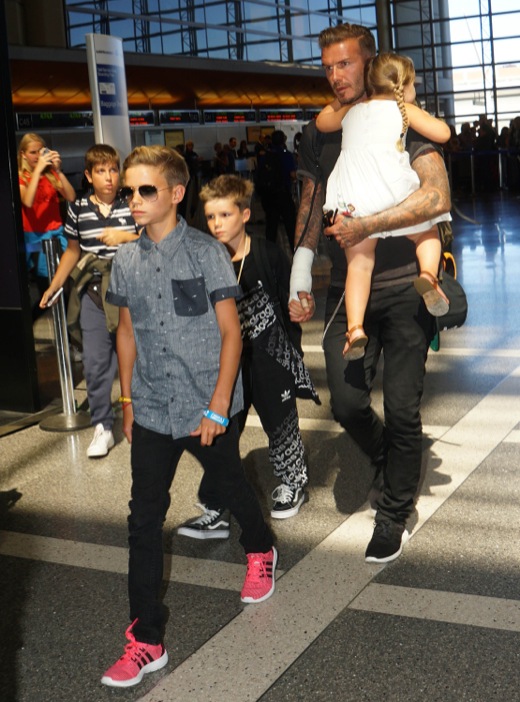 David Beckham and  his children Romeo, Cruz, and Harper were spotted departing on a flight at LAX airport in Los Angeles, CA on Friday (Aug. 29).

The soccer star was dressed in a black t-shirt and matching jeans while carrying an army green backpack. He also carried Harper who hugged him tightly.

Wearing a simple wrap around his wrist, Beckham appeared to be in good condition despite falling off his custom made motorcycle the day before.

He lost control of his motorcycle in the middle of Sunset Boulevard after leaving the famous Shamrock Tattoo in West Hollywood. Beckham tumbled off the bike, but came away unscathed.

It is said the accident occurred when he swerved to avoid paparazzi.