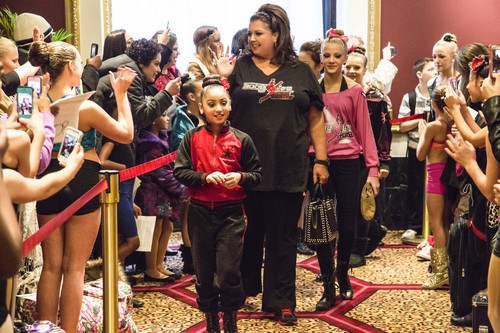 Abby Lee Miller returns with a new episode of our favorite reality show Dance Moms called, “Abby Phobic.”  On the last episode of Dance Moms the ALDC headed to Shenandoah Valley, VA but with Maddie away filming a guest appearance on Ellen, Abby realized that her #1 dancer’s career was taking off and she’ll need someone who can win in Maddie’s absence.

Abby pitted Chloe, Nia and Kendall head to head to see who could step up to the plate with character driven solos. Christy’s jealousy put her daughter Sarah’s place on the team in dire jeopardy. Did you watch the last episode of Dance Moms? If you missed it, we recapped it right here for you.On tonight’s episode the ALDC heads to Woodbridge, VA to face their toughest competition yet, Studio Bleu. Abby invites Select Team member Jade and new dance mom Loree to join the Elite Team for the week. Christi is in an uproar when Abby picks Chloe to compete a solo against Jade, two years her senior. Abby shocks everyone when she decides to pull the current group routine and start over from scratch, choreographing a dance about phobias.

Tonight’s episode is going to be another drama packed evening, which you won’t want to miss.