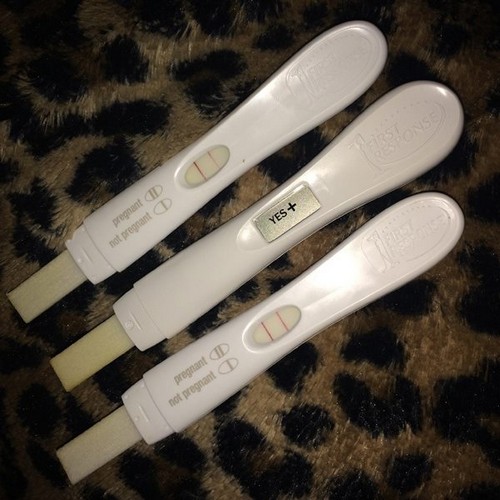 Any fans out there of Jerseylicous? It was a show on The Style Network based on the lives’ of hair stylists working at a New Jersey salon called The Gatsby. Tracy DiMarco was one of the shows’ break out stars thanks in part to her feud with Olivia Blois Sharpe. When the Style Network folded last fall fans never got to see the final season of JeTracy DiMarcorseylicous- the one where Tracy marries her longtime boyfriend, Corey Epstein. The wedding took place last August and just this week the happy couple decided to announce that they are expecting their first child.

They gave interviews with both US Weekly and OK Magazine and it sounds like Tracy’s reaction was like that of many first time moms- she needed to take several pregnancy tests to believe that the result was correct, for starters! She is also already fiercely protective of her baby, asking fans not to critique her choices but to instead respect that she and Corey intend to be the best parents possible. 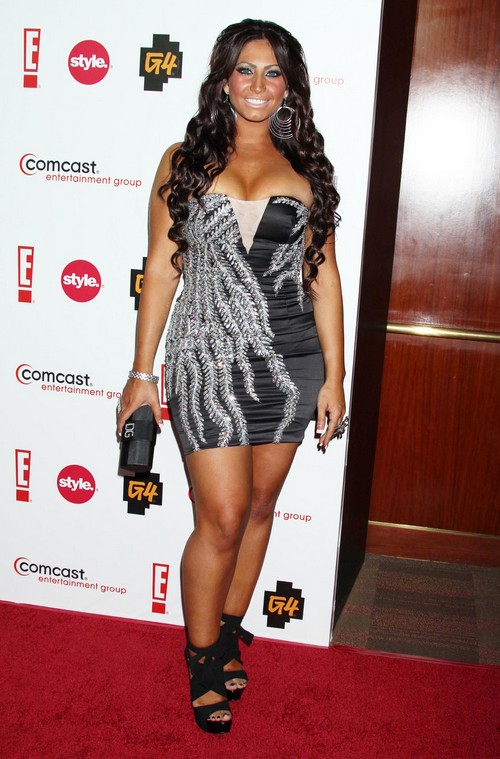 Tracy seemed like such a party girl until she met Corey. He definitely tamed her and if you have looked at her Instagram in recent months, there are still lots of selfies but they no longer have Jersey clubs as their back drop. This queasy mom has traded in the nightlife for family and posts more about her husbands’ baseball games now than she does about painting the town.

Did you think that Tracy would be one of the first from Jerseylicous to settle down and embrace motherhood? Tell us your thoughts in the comments below!