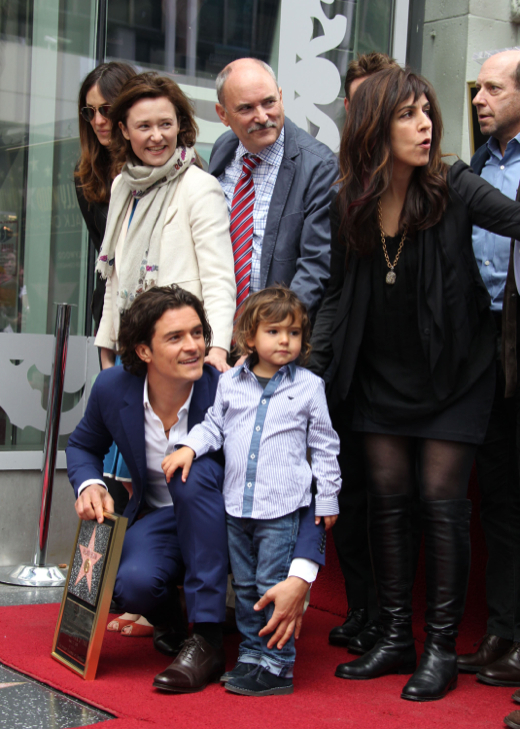 Orlando Bloom was honored with a star on the Hollywood Walk of Fame in Hollywood, CA on Wednesday (April 2).

The Romeo and Juliet actor was all smiles as he unveiled his star with his 3-year-old son Flynn by his side.  Flynn looked a little nervous with all the attention and held onto his dad protectively.

“For a kid in London, Hollywood seems like such a mythical place,”  the star told Variety of the honor.

His former wife Miranda Kerr was noticeably absent from the event.

Bloom will reprise his elf prince character Legolas for the final time in The Hobbit: There and Back Again.

The movie hits theatres on December 17.

Have Fun With Julius Jr. This Spring