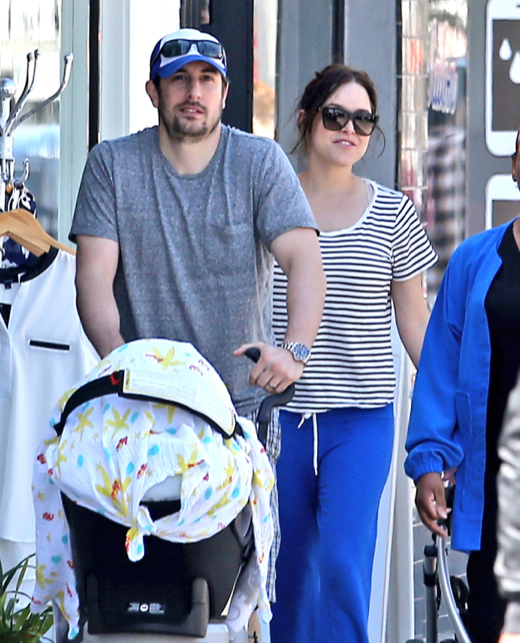 Jason Biggs, his wife Jenny and their new baby son Sid were spotted out for lunch at Joan’s On Third in Los Angeles, California on Monday (March 31).

The American Pie actor was dressed casually as he pushed the baby in a stroller with a lightweight swaddle blanket covering him. His wife followed behind with their nanny.

Baby Sid was born in February.

Biggs announced last July that the couple was expecting their first child together during an appearance on Chelsea Lately.