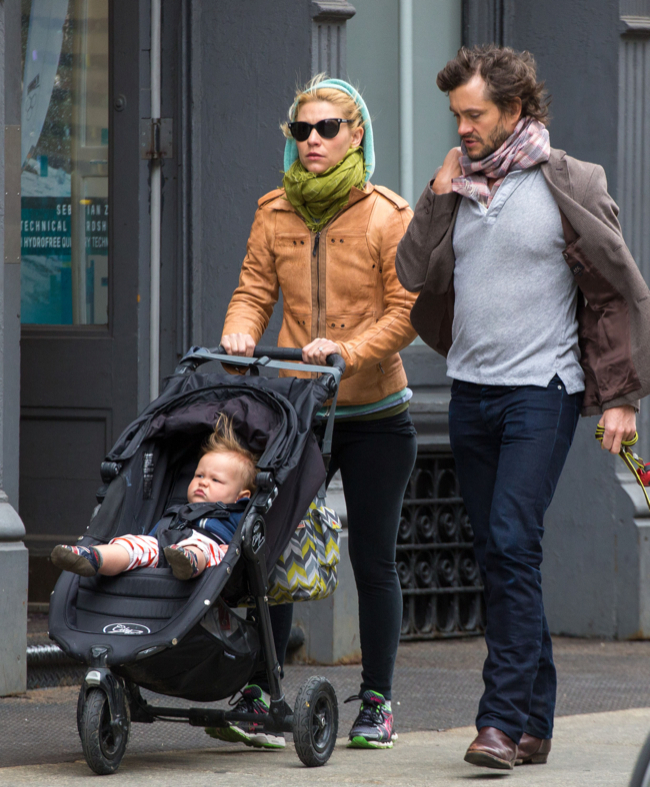 Claire Danes and her husband Hugh Dancy were photographed taking their son Cyrus for a stroll in New York City on Wednesday (April 23).

The Homeland actress was dressed in a leather jacket, tights and running shoes while pushing the baby in a running stroller. Her husband walked next to her.

In 2013 Danes, revealed why she and Dancy held off on starting a family.

“I’ve always wanted to have kids, but I’m glad I didn’t until now. When I was thinking about [working and being a mother] originally, I was really nervous about it…I think I would make a lousy stay-at-homemom. It just wouldn’t suit me. I feel so fortunate, in that I’ve had this arrow-straight focus…that I wanted to act, ” she told.

Reading to Your Toddler The Why and How