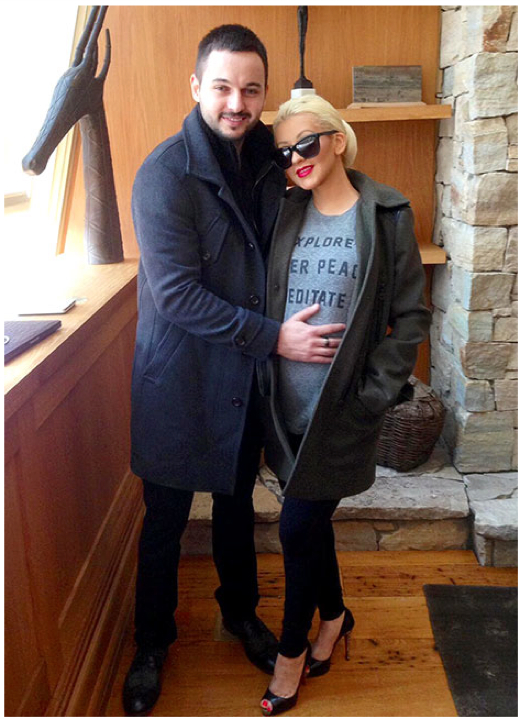 Christina Aguilera took to her Twitter page to debut her tiny baby bump while in New York City.

While performing in Malaysia in March, Aguilera officially confirmed her pregnancy and announced she will give birth to a baby girl.

She and Rutler became engaged in February, after he proposed on Valentine’s Day.

JUST EAT App: Ordering Out Dinner For The Family Made Easy