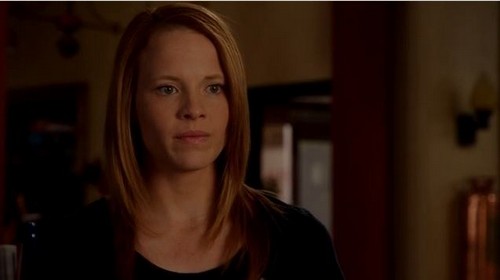 Tonight on the ABC Family their hit show Switched At Birth continues with a new episode called, “The Ambush.”  On the last episode Daphne tried to help out Angelo at the clinic’s fundraiser, all while juggling the attention of Jorge and Campbell. Bay had to deal with MaryBeth’s feelings about Tank.

Toby tutored Sharee to keep her eligible for the field hockey team. Meanwhile, John and Kathryn invited one of John’s old baseball colleagues over to get some dish for Kathryn’s book.  Did you tune in for last week’s episode? If not then we’ll hook you up with our full detailed recap of it right here.

On tonight’s episode  in it Toby gets an unexpected visit from Nikki. Meanwhile, Bay and Daphne get ready for a big field-hockey game, and the rivalry between their team and the opposition intensifies; and Regina’s connections to her old neighborhood prove beneficial.

Tonight’s episode of SWITCHED AT BIRTH will be as dramatic as ever. That’s what you get when you’re telling the story of two teenaged girls who find out that they wenthome with the wrong families at birth- lots of drama.

Tune in to ABC Family at 8PM EST to watch “The Ambush”. We’ll also be recapping it all live for you right here. In the meantime head to our comments section and tell us your thoughts on season two so far!