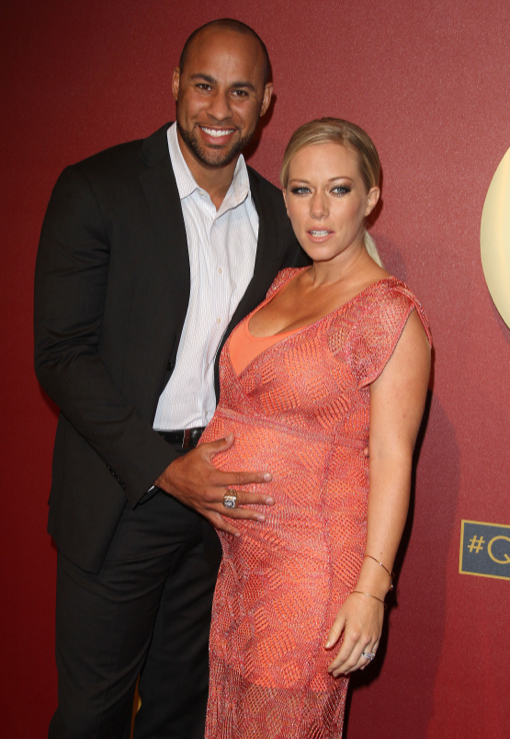 The Kendra on Top reality star showed off her baby bump in a peach dress while posing for pictures. Looking dapper in a suit, Baskett smiled as he cupped her bump.

“‘On our way to the @QVC event. Lil Hank picked my dress tonight. LOL. Time to show it off on the #QVCRedCarpet,” Wilkinson tweeted before arriving.

The night before, the mom-to-be revealed that she’s due in May!

“I’ve always wanted two kids before I turned 30,” she told E! News on the red carpet at the OK! Magazine Pre-Oscar event at Greystone Manor in West Hollywood. “In my thirties though, I will be reborn. I will pay attention and be the best mom and put those kids first, but I will also be reborn during those years.”

Wilkinson and Baskett are already parents to 4-year-old Hank Jr.

Fergie on Motherhood: My Heels Have Become Lower