Jessica Alba: I Kiss My Children on The Lips 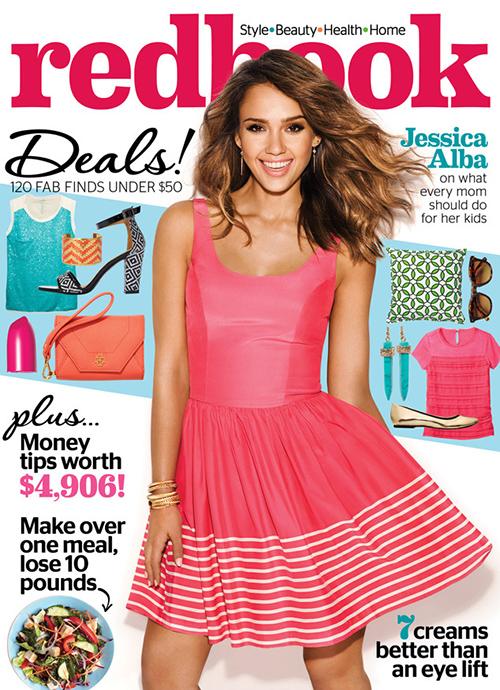 Covering the April 2014 issue of Redbook, Jessica Alba opens up about her family life with husband Cash Warren and their two daughter’s 5-year-old Honor and 2-year-old Haven.

The Sin City actress admits she sees nothing wrong with kissing her daughters on the mouth and has a hard time believing others finding it unusual.

“Really?! Why?! It’s your baby. People allow dogs to lick at their mouths,” Alba says.

Despite her celebrity status most of her friends are moms she has met from mommy and me classes.

“They’re some of my closest girlfriends. It’s weird when we’re doing normal mom things and there’s paparazzi around. That’s the only thing that makes everyone uncomfortable,” she tells.

Married since 2009, The Honest Company founder reveals she is not a fan of all of her husband’s interests.

” All he watches is sports. Fantasy football is so annoying – there’s always a game on. Though he says I’m addicted to Instagram, so it goes both ways!”

Pick up the magazine on newsstands to read the full interview.

Get Ready For Easter With White Chocolate Dipped Bunny Peeps