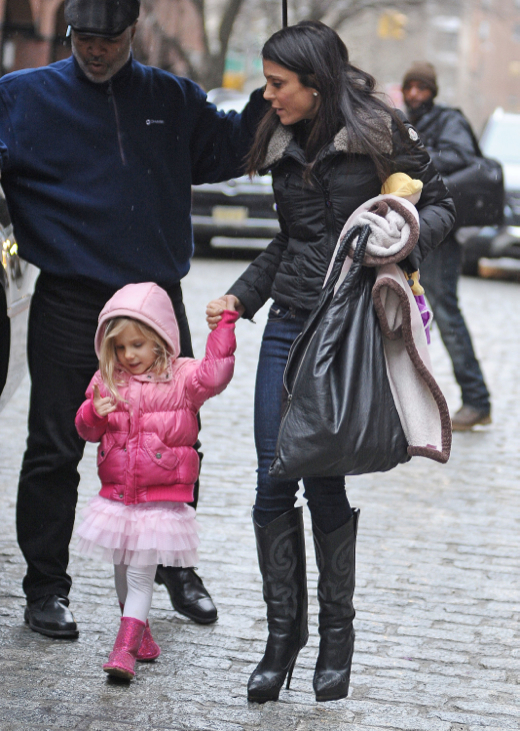 Bethenny Frankel and her daughter Bryn were seen out and about in New York City on Wednesday (March 19).

The Skinny Girl mogul wore a black jacket, jeans and and cowboy style heeled boots. She held the hand of Bryn who wore a pink jacket with a cute tutu and tights.

Earlier in the week, Real Housewives of New York City star Aviva Drescher called into a talk show and hinted that Frankel may be returning to the Bravo show.

Frankel was selected to be on the reality show in 2008. In September 2010, she decided to leave, citing personal reasons.

Once Upon A Time In Wonderland Recap For March 20th, 2014: Season 1 Episode 11 #OnceWonderland